“When one person believes in something it’s a dream.  When two persons share the same dream it’s a beginning of a new reality.” 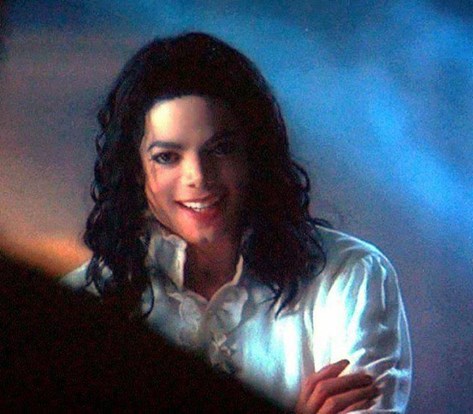 “I want to tell people not to judge a person by what you hear or even what you read…unless you hear it from the person himself.”

“Are you the ghost of jealousy?”  In 1995, the media deemed Michael Jackson’s career over, saying he would never sell another record.  Seemingly taking a quote directly from the false accuser who plotted to finish Michael and make millions of dollars in the process, once again the media got it all wrong.  Record companies, who encourage performers to simply put out compilations and greatest hits albums, also got it all 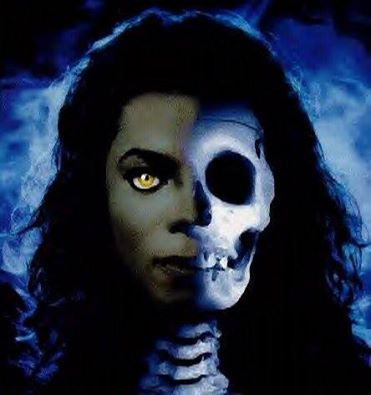 wrong.  Instead, Michael transfused the pain and anger and disillusionment into astounding new music. (Man in the Music)  Michael Jackson’s History Album compiled 15 hits from his catalog…and then, included Disc II…15 releases never heard before…13 original compositions by the artist.  To this day, it is the biggest selling double disc album of all time.  On Disc II, the listener meets an Angry Michael Jackson, genius coming off every track, visual work taken to another level.  So much for never selling another record.

1997 BLOOD ON THE DANCE FLOOR is released in the UK, storming straight to number one.  It becomes the biggest selling remix album of all time, once again proving critics all wrong.  Work on the album took place all over the world, as Michael had been touring on his HISTORY WORLD TOUR. 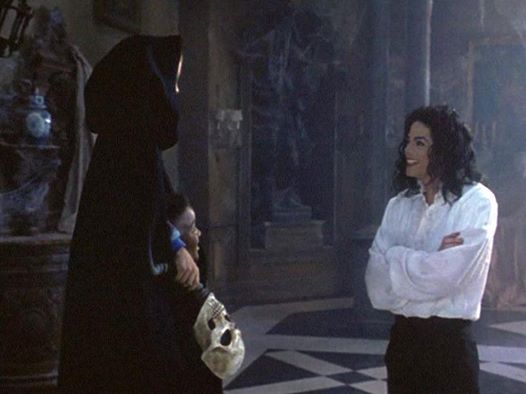 “There is real pain and pathos in these new songs.  In keeping with Michael’s darker mood the music has grown more  angry and indignant, with beats clashing like metal sheets and synthesizer sounds hissing like pressurized gas, this is industrial funk.  Creatively, Michael has entered a new realm.”

Man in the Mirror describes GHOSTS as Michael’s assessing a world of fear, corruption and confusion, holding up a mirror to its grotesqueness, society might actually see itself for what it is…and change. Part of Michael’s genius was his ability not only to  understand the history of the Gothic tradition, but also to reappropriate it in new and 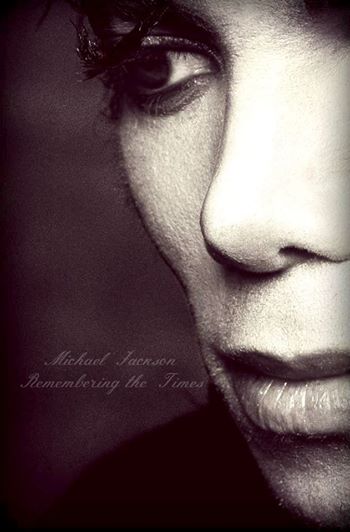 With increasing numbers, academia focuses on Michael Jackson’s legacy.  Articles and books concentrate on the artistry, rather than the myth, authors offering their perceptions.  However, the ultimate authority is the man.

“We wanted to do a film that’s very scary, but it should be a roller coaster ride with peaks and valleys, all kind of emotions.  You know, there’s some pathos in it…I insisted on it.

Well, here’s a guy, that I’m playing…he really doesn’t like to hurt anyone or offend anyone.  But, they find him to be strange and eccentric and weird, the older people do, the grown-ups, because they’re kind of bigoted.  But, when they start to challenge me, they make me territorial and I start to challenge them back.  I do all these wonderful things that is like magic, cuz I’m really trying to scare this mayor, who is a creep.  He’s really a creep and I don’t like him. I play this fat, grotesque, ridiculous mayor, and I say that because those kind of people who are stubborn, they just don’t see the beauty inside a person.  (Stan Winston, “He’s right wing, he’s very establishment.  He’s ‘Mr. If You’re Not Like Me, You’re Not With It’.  And he’s the guy, I’m sorry, that none of us like.) 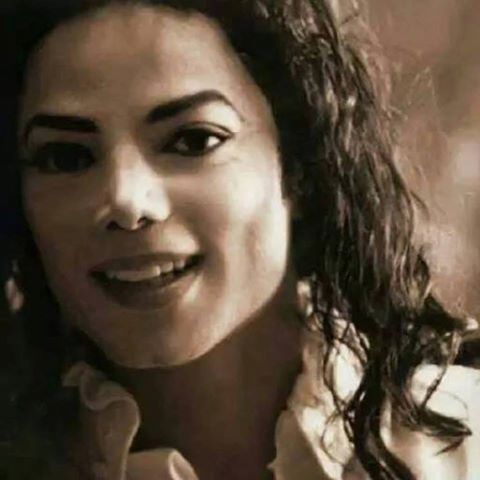 I said to Stan, I don’t want to do another scary short film.  I wanted to present something that’s never been seen before.  If its an effect, it should be something brand new, it should have meaning.

It’s special  effect orientated and it must be the best Hollywood has to offer.  I love pioneering.  That’s what’s exciting to me, with a new idea, if we can present something that is fresh and innovative.  That’s what I want to do.  I don’t like repeating myself at all.

It’s just pretty much knowing what you want to do and having a will of iron. 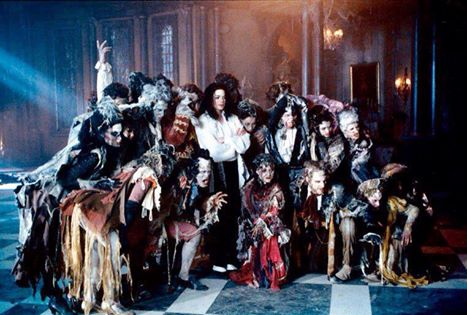 Michael said that the idea for the short film…“started with the Addam’s Family, they wanted a theme song (IS IT SCARY) for their film and I didn’t want to do it. 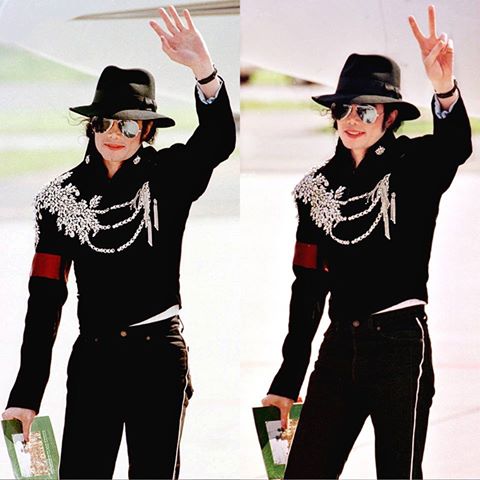 So, eventually we got out of it…I ended up making the short film.”  In the early 90’s, Michael wrote an early version with Jimmy Jam and Terry Lewis, however, he wasn’t satisfied with the cut and continued to mold it and ‘let it speak to him’ the following years.  Man in the Music  The finished version not only adds some  of the song’s most important lyrics, but also gives it the necessary atmosphere, drama and passion to allow the real pathos and pain of the lyrics to resonate.

“The history  of American entertainment and Michael’s own place in that history, is never far from Michael’s mind.” 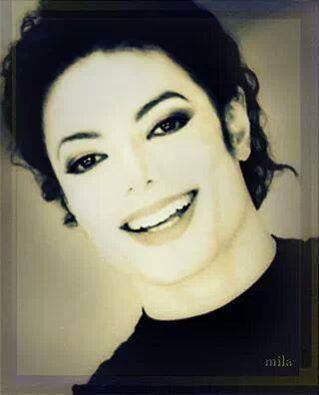 “The film once again demonstrates Michael’s substantial  ability as a conceptualist in all forms.  In GHOSTS, he not only acted multiple parts (the five lead characters), he also co-wrote the screenplay, composed the music, choreographed and directed and performed the dances.”

“It started out being 12 to 15 minutes long, but as we were shooting it grew in power and length.”

MICHAEL WANTED SOMETHING THAT WOULD SHOCK THE WORLD.

GHOSTS and BLOOD ON THE DANCE FLOOR take us right out of our comfort zones, stretching our minds and assaulting our senses…Michael’s Social Justice Activism at its finest.

“Hate never has dispelled hate…only love can do that.” 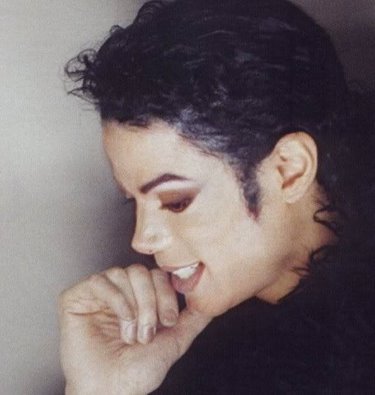 An IMMERSION in GHOSTS is an exploration into moral decay, presented with astounding composition and important lyrics…and choreography that surpasses our wildest imaginations.  With it, Michael invented a new genre for popular music:  Gothic Pop.

“Are you scared yet?”

7 thoughts on “AN IMMERSION IN GHOSTS”