“To all my fans and friends around the world who love and support me, and who have always been there for me and my family, throughout my entire career, I thank you and I love you, from the bottom of my heart.” 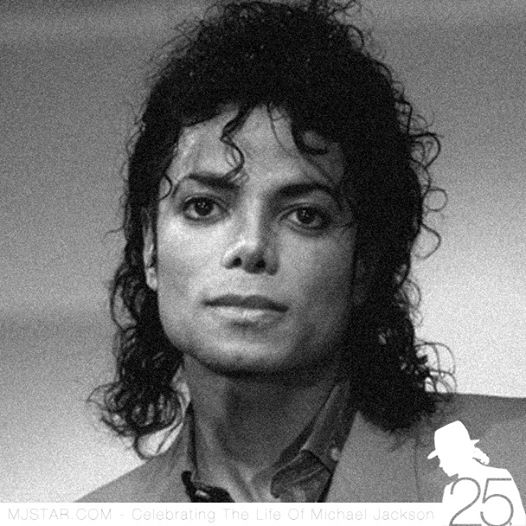 “On this day, June 25, 2014, I publicly show my love, respect and gratitude to one Michael Joseph Jackson for giving his all to his craft, in spite of the sacrifices.” 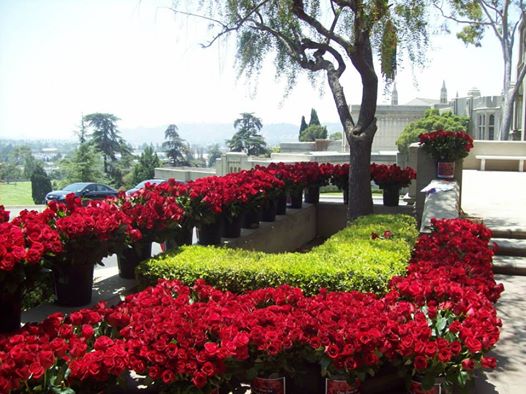 WILL HUMANITY EVER VISIT THE MEDIA?  2003

“It is only with the heart that one can see rightly; what is essential is invisible to the eye.”

For me, June 25, 2014 dawned cold and foggy, a repeat of the 24 days preceding it.  I must admit, I do love an early morning walk in the fog.  But this particular morning, I was energized, even enlivened by anticipation.  Although some might say that focusing 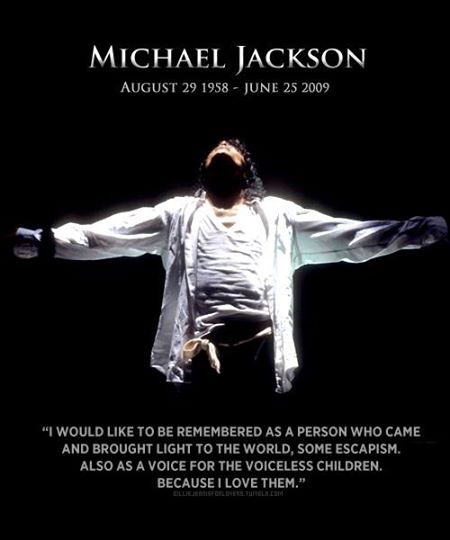 on the day someone passed on was not cause for celebrating, and, I would usually agree.  But, the anniversary of Michael Jackson’s passing gives friends, fans and family the opportunity to remember and honor someone who has captured our hearts so completely.  Embracing the notion that nothing great was ever achieved without enthusiasm (Ralph Waldo Emerson), masses of Fans around the planet share in activities and artful projects, large and small, grand and particular, planning them months in advance.  It comes as no surprise to anyone that Michael Jackson Fans have an inner compass which points towards a Guiding Angel.  We are propelled by a force which believes that we must be the change we wish to see in the world.  “All rising to a great place is by a winding 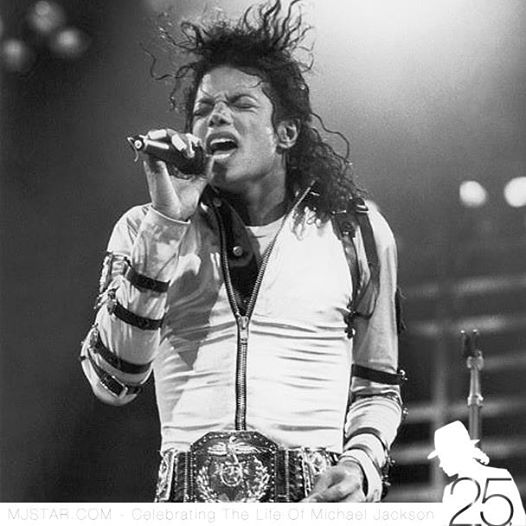 stair.”  Francis Bacon  Michael’s life offers the purest example of climbing a winding and often treacherous staircase.  He risked everything, traveling far.  At the end of his remarkable journey, the fuse was lit in our hearts to follow his light.

I spent a significant part of the morning and afternoon viewing pictures coming from Forest Lawn, Neverland and many, many locations around the globe.  The sun peeked 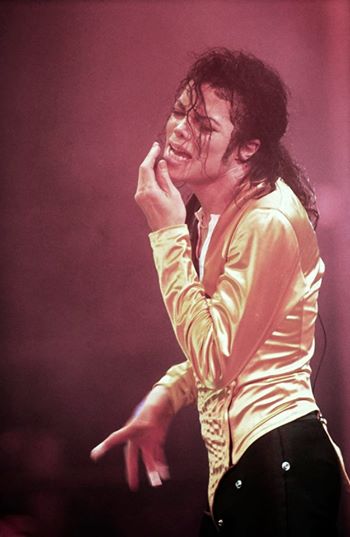 out from behind clouds just as I prepared to join MAJOR LOVE PRAYER.  Finding a place in the garden, I closed my eyes and tried to see with my heart all the beautiful faces joined in love.  I looked to see if I could better understand the divine within me.  Knowing Michael channeled his unparalleled artistry, that he had one skin too few in comparison to others so that he could feel the slightest wind (Shusha Guppy), I stilled by mind.  It was peaceful.  Thus far, the day had a sweetness and spirituality to it.  My heart was full.

Hopeful that those outside the Fan Community might have had a peek into this day of love and honor, I surfed the tube.  Then, I stopped dead in my tracks.  Conrad Murray’s face was looking at me.  The sparkle and wonder of loving hearts, the tributes, the pictures and stories about Michael’s beautiful legacy froze in place.  Tears tracked down my cheeks, my emotions going from anger to disgust to a feeling of hopelessness.  All around the world, people were singing and dancing, hand in hand…a 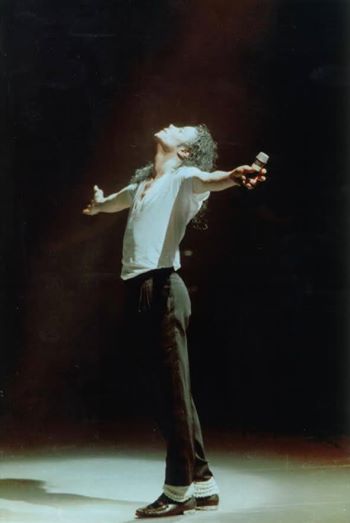 massive love-in.  And, CNN chose to allow a convicted felon to have primetime to continue lying about June 24-25, 2009.  When the “journalist” thanked CM and wished him GOOD LUCK…I was in despair for Paris, Prince and Blanket.  I asked myself what I would feel like if my dad’s life had been taken by someone who was on the phone for 47 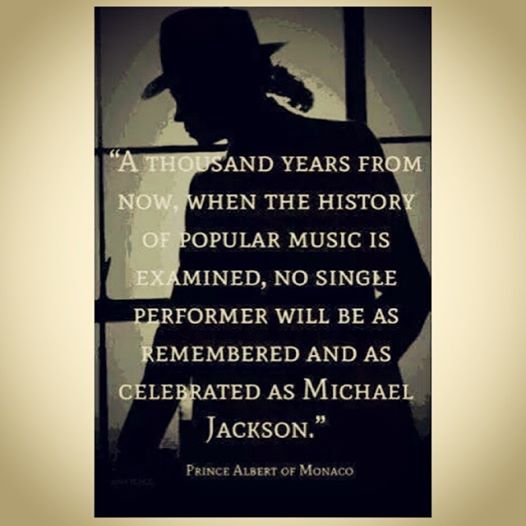 “I find that Dr. Murray abandoned his patient who was trusting him.  His patient was vulnerable under those circumstances, having been administered potentially dangerous drugs by his medical provider.  Dr. Murray’s course of conduct extended over a period of time.  Dr. Murray repeatedly lied, engaged in deceitful misconduct, and endeavored to cover up his transgressions.  He violated the trust of the medical community, of his colleagues, and of his patent.  And he has absolutely no sense of remorse, absolutely no sense of fault, and is, and remains dangerous.  The fact remains that Dr. Murray is offended by the patient dying and 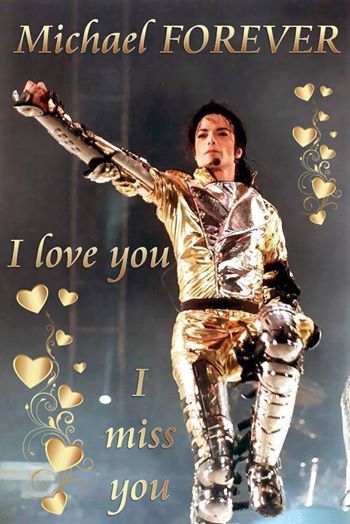 I don’t have any idea what will prompt Dr. Murray to do or not do something in the future that may be dangerous to a patient if he does practice medicine in the United States or even elsewhere.  I think Dr. Murray is so reckless based upon the law and the definition of criminal negligence that I read and everything that I heard and saw in this case, and Dr. Murray’s subsequent conduct, that I believe that he is a danger to the community.”  Judge Pastor

“While some have argued Malcolm X was radical, Michael Jackson’s power was in his creative gentility and artistic genius ability.  That artistic creativity, exceptional and original, was fueled and fired ostensibly by divine guidance and inspiration, his gentleness that caused his light to shine so brightly.  This heavenly gift bred a consciousness to empathize with the sufferings of humanity and through the soothing potency of song and dance; Jackson hoped to impart a message of healing through expressions of love and giving.  Let us not forget, two thousand years ago, another gentle soul, proponent of love, healing and giving was crucified by 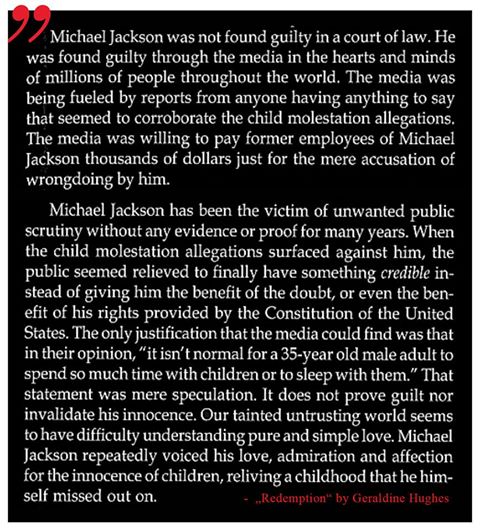 similar ‘wolves at the door,’ as the ones who hounded Michael Jackson in life and death.”  Frederick Monderson THE LAST DANCE 2011

June 25, 2014 was a bittersweet day for me.  I try to remember all the beautiful monuments and statues and tributes created for Michael by millions of loving Fans.  I embrace Jean Sibelius’ words…“Remember, a statue has never been set up in honor of a critic.”  I think of Michael’s words when he said that no matter what he said or did, the 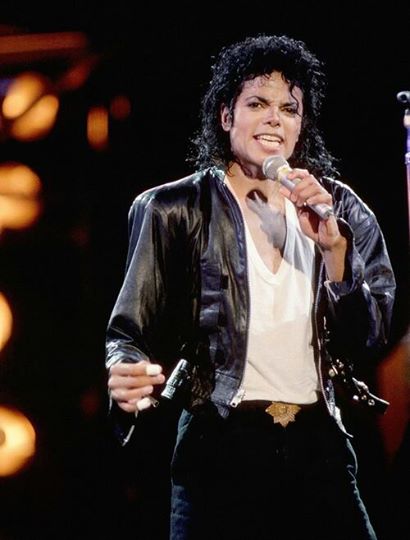 media was going to print negatives.  The WHYS are my constant companion.

NO MATTER WHERE I AM

I SEE MY FACE AROUND

THEY PIN LIES ON MY NAME

THEN PUSH THEM FROM TOWN TO TOWN

DON’T HAVE A PLACE TO RUN

BUT THERE’S NO NEED TO HIDE

I GOT TO FIND A PLACE

BUT I WON’T HIDE AWAY

XSCAPE, GOT TO GET AWAY

FROM THE SYSTEM RULES IN THE WORLD TODAY 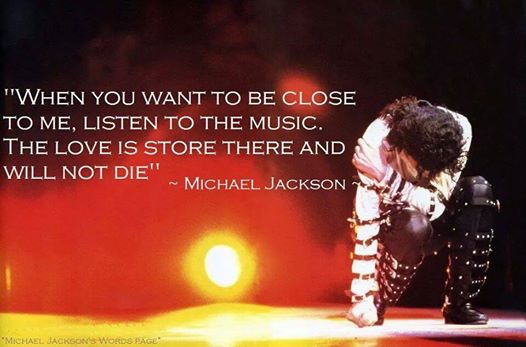 XSCAPE THE MAN WITH THE PEN

XSCAPE, I DO WHAT I WANT

CAUSE I GOTTA FACE NOBODY BUT ME 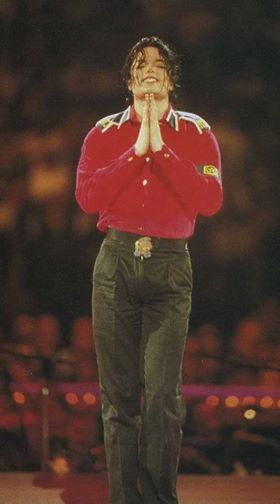 “Make love your weapon against any evil.”  Michael Jackson

CAUTION:  The media is not a reflection of reality.

“HAPPINESS IS WHEN WHAT YOU THINK, WHAT YOU SAY, AND WHAT YOU DO 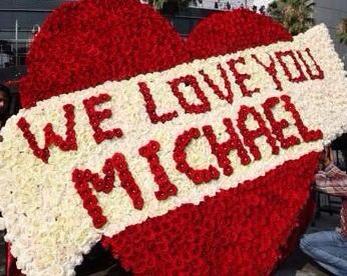 ARE IN HARMONY.”   Mahatma Gandhi

No one heals themselves by wounding another.

“LOVE IS THE JUICE AND ENERGY THAT MOTIVATE MY MUSIC, MY DANCING, EVERYTHING.  AS LONG AS LOVE IS IN MY HEART IT’S EVERYWHERE.”  Michael Jackson