“Love is a funny thing to describe.  It’s so easy to feel and yet so slippery to talk about.  It’s like a bar of soap in the bathtub-you have it in your hand until you hold on too tight.

Some people spend their lives looking for love outside themselves.  They think they have to grasp it in order to have it.  But love slips away like that wet bar of soap. 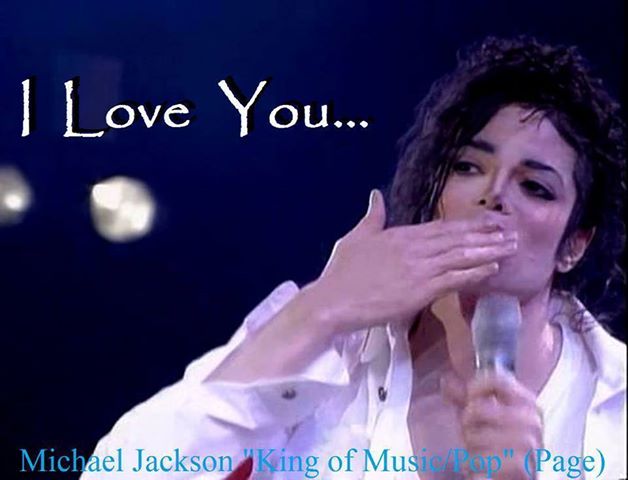 Holding onto love is not wrong, but you need to learn to hold it lightly, caressingly.  Let it fly when it wants.  When it’s allowed to be free, love is what makes life alive, joyful and new.  It’s the juice and energy that motivates my music, my dancing, everything.  As long as love is in my heart, it’s everywhere.”

Today is the 55th month since Michael left this earth.  I was reminded of that by Brenda Jenkyns in her beautiful poem this morning.  And suddenly, she inspired me to reflect on a journey touched by wonder…a kind of wonder unknown to me before. Michael’s death has in no way ended his giving.  Someone said, “I only miss him when I’m breathing”, and that describes a love given completely by many.  Miriam Shahzad called it “A LOVE REVOLUTION”.  There is a great truth in that.  Michael Jackson’s Global Family reaches every corner of this planet.  He often spoke of the power of the people as he reached out to inspire and lead.  Heaven Leigh said it best on her blogtalk radio show when she said, “There will never be another Michael Jackson.  There never needs to be.  His spirit will never leave us.”  Here, in January, 2014, I am blessed with a growing Michael Jackson Family.  Each morning, I look forward to what will be shared, what new and exciting things I will learn and where they will take me in my own writings.  I feel that freedom Michael speaks about, that love that makes my life joyful.  The passion in me grows.  Although I have never met my new angel friends in person, I love them.  But, of course, that comes as no surprise.  I have never met Angel Michael personally and I love him with all my heart. 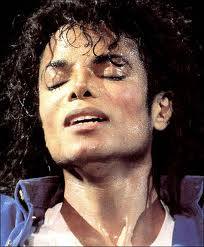 This day, the 55th month anniversary, I realize that I am beginning CHAPTER TWO of my journey of grace inspired by art.  Chapter One was a path of intense research as a solitary pilgrim.  Chapter Two is going to be collaborative.  “When the student’s ready, the teacher will appear.”  Michael’s teachings include collaborations on so many levels.  And, here I am, about to become a collaborative writer.  He has given me that.

And so, I have decided to honor some amazing collaborators today.  I have learned that those who are drawn to Michael possess his qualities of generosity, caring, honesty, humility, charity, humanity, and unconditional love.  We all reach out to Michael.  “WHATEVER YOU BELIEVE, YOU BECOME.”  Michael’s words describe his Army of Love.  We believe in the man, the legacy and we have become a part of it, we defend it and we PAY IT FORWARD.  Or, as Virginia Urbach said, “SHARING IT FORWARD!”

The time you have been gone

The time I have been loving you

The age that I am

One month for each year I have been here

It must be a time

To renew my promise

To love you forever

To do my part

To always say YES to my heart

Knowing you love me more

Than I ever know I am worth 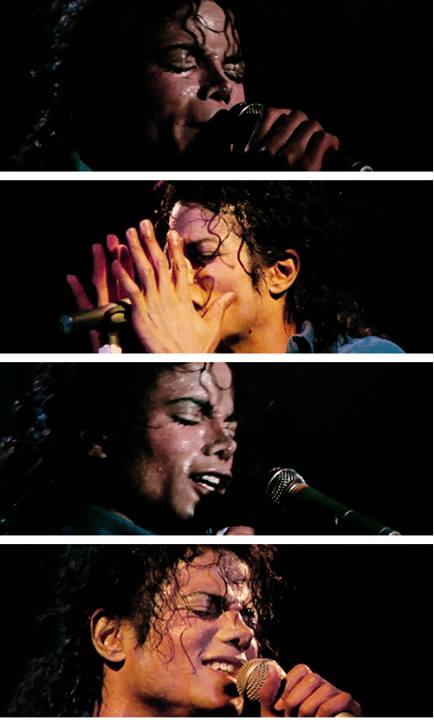 For eleven months of each year of my life

I will always regret that fact

But the last 12th of my life

Has given me more joy

Than I knew existed in the universe

Your sacrifice was not in vain

I take this time today

To tell you once again

For the 55 millionth time

I love you Michael

How may I serve you today, 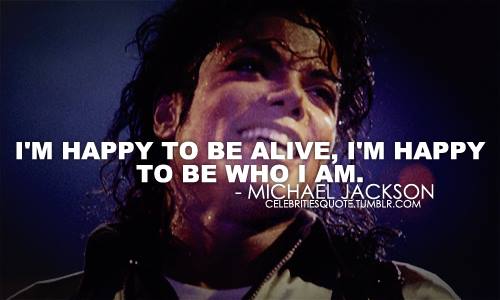 “You are more than a Fan.  You are becoming love’s hands, feet and mouthpiece on Earth.  It is happening all over the world.  You are not crazy.  You are loved and you love…deeply enough to answer the call of an angel.  The key is that he meant it when he said, “YOU ARE JUST ANOTHER PART OF ME”.  It’s a phenomenon, a movement, a ripple effect of love that cannot be stopped.  A love this deep cannot be forgotten, cannot fade.  It will forever continue to grow.  He came to HEAL THE WORLD.  He’s just beginning…and YOU are KEY to unlock a better world. There will never be another Michael Jackson.  There never needs to be.  His spirit will never leave us.” 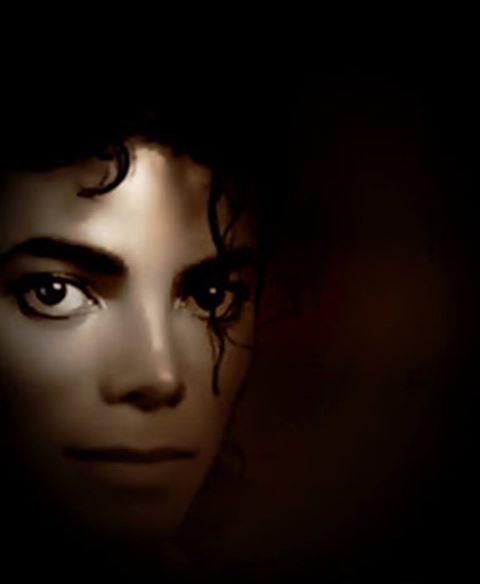 “Thank you so very much for all you do to keep Michael’s legacy of LOVE alive in your hearts and to spread it around the world. See you this and every 25th.  It would be wonderful if you could help spread the word, too, to all FANS across the world…TO HEAL THE WORLD WITH LOVE IN HONOR OF MICHAEL JACKSON.  Thank you with love, the MLP Team.”

“We are dedicated to the welfare of children and animals, the protection of the environment, and the elimination of needless suffering, in his absence.”

“Modest behavior, selflessness, and the giving of respect.  A spirit of self-examination and charity toward people you disagree with.  The courage of the heart necessary to undertake tasks which are difficult, tedious, or unglamorous, and to graciously accept the sacrifices involved.  Reverence for those who have wisdom and those who selflessly teach in Love.  Giving credit where credit is due, not unfairly glorifying ones own self.  Being faithful to promises.  Refraining from despair and the ability to confront fear and uncertainty or intimidation.” 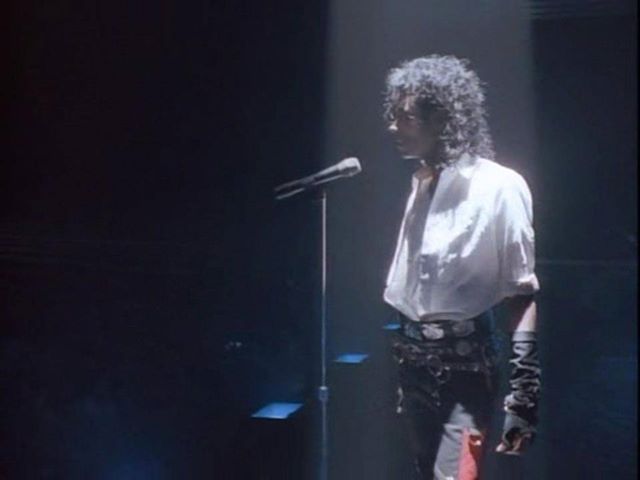 “Michael, I am so sorry that you are gone.  You were and always will be the best!  Thank you, thank you, thank you for your great inspiration and for all the opportunities you have given me.  Your spirit will live on forever, and I will promote the truth and your legacy wherever I can.”

“I know that when I listen to His voice, especially certain songs, I actually seem to vibrate on a cellular level.  His pitch, His resonance, His melody, His timing…all seem to touch my inner core, who I think of as “me”.  This is how He seemed to bring us all together.  He knew about this: tonal vibration and the rhythms of time and space.  He married these concepts with His music and dance, and gave birth to a worldwide movement of love and peace among all peoples of Earth.  Through His music, we all swayed to the same beat.  We all vibrated to the music of the spheres.  We came together and all felt closer to God.” 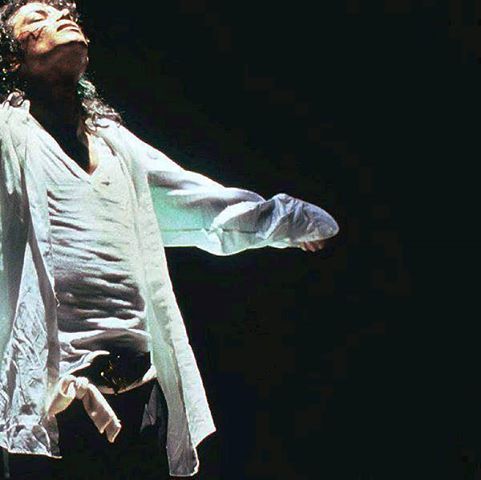 A LIFE OF LOVE

“…a personal portrait and a vivid picture of a man whose declared goal it was to heal the world and who started ‘the man in the mirror’ by showing the utmost respect to fellow human beings.  With his message he inspired millions to follow his cause.  To join the line of those keeping Michael Jackson’s message alive, all proceeds from this book are being donated to charity.  May this book inspire even more people to follow his lead and to do their share to make this world a better place!”

DEFENDING A KING-HIS LIFE AND LEGACY

“I would like to acknowledge Michael Jackson’s fans everywhere.  In my experience, you are the most open-minded and open-hearted people I’ve known.  It has been a joy for me to join the fold, knowing that it is truly worldwide in scope and pervasive in its sense of kinship and purpose.  Michael Jackson longed to bring unity, peace, harmony and love to this planet, to countries of all shapes and sizes, to people of all shades of color, belief systems, and ways of life.  The Michael Jackson community-strengthened by his passion and example, by his tragic passing-is working to continue his vision.” 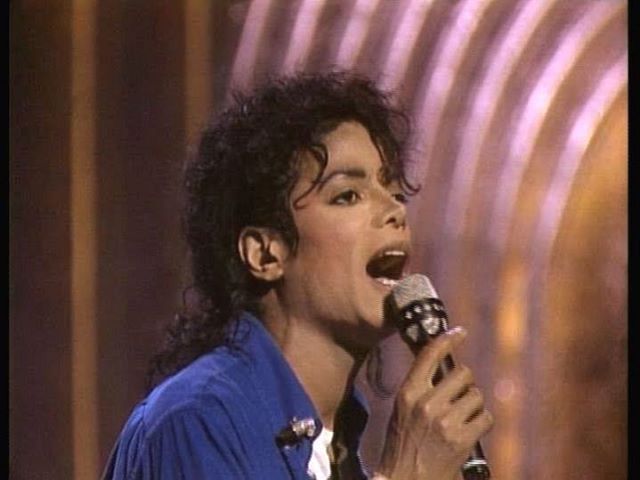 “Before AN INCONVENIENT TRUTH, before AVATAR and WALL-E, before “going green” became a catchphrase, same MICHAEL JACKSON’S EARTH SONG, one of the most unusual, audacious protest songs in popular music history.”

“Michael would invite several grades from area schools to come to the Ranch to have lunch or dinner, go on rides, visit the zoo and see a movie.  He did this frequently.  I would hear Michael say a number of times, “No one pays for anything in Neverland.” 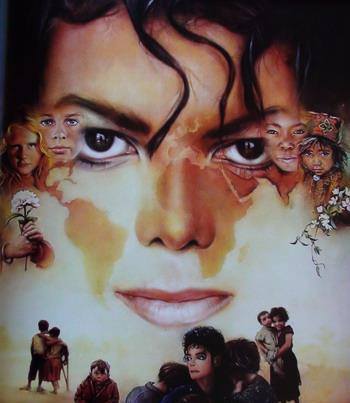 “If my friend Michael Jackson were still here today, I would tell him, Thank you, Michael, for allowing me to share some of your footsteps on your path through life…I hope you have found the peacefulness so much desired, and may God bless you for what you were able to accomplish during your too brief of a lifetime here on Earth!”

Michael’s love resides in the hearts of these beautiful people.  To be sure, there are many, many more who I have not quoted today.  Michael said often that his trust came from love.  “All the messages from Michael were about tuning into your heart, healing from the inside out.”  Heaven Leigh  We see that love in one another in this community brought together by Michael.  It is a LOVE REVOLUTION.  We have been CHOSEN just as Michael was. 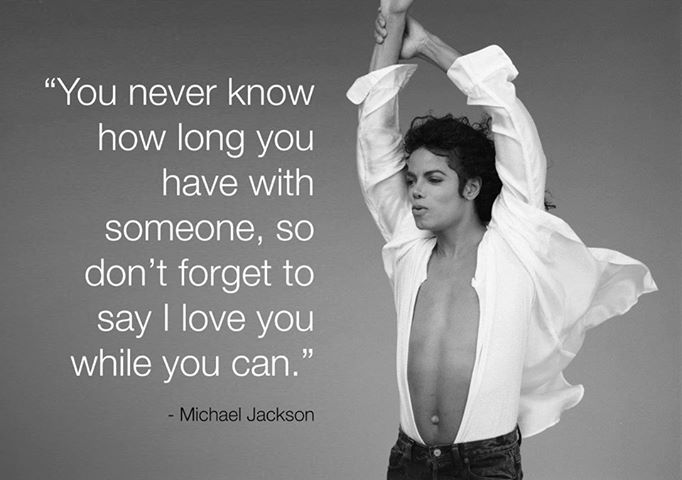 And so, My Dearest Angel Friends, I am honored and humbled by this second chapter of collaboration I am on.  I am truly grateful for all of you.  I am strengthened by Michael’s music, his voice, his soul, his timeless gift of humanity.  (Dorit Koppel) I love you.