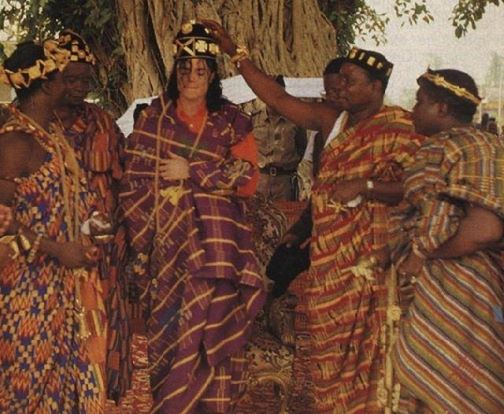 “I have a skin disorder that destroys the pigmentation of my skin;  it’s something that I cannot help.  OK?  But when people make up stories that I don’t want to be what I am, it hurts me.”

“It’s a problem for me that I can’t control…but what about all the millions of people who sit out in the sun, to become darker, to become other than what they are?  No one says anything about that.”

“It is in my family; my father said it’s on his side.  I can’t control it, I don’t understand.  I mean it makes me very sad.  I don’t want to go into my medical 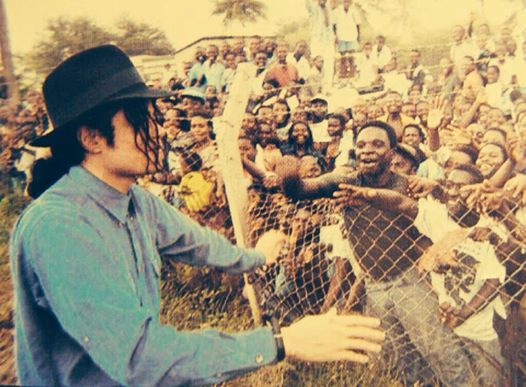 history because that is private, but that’s the situation here.”

“We tried to control it and using make-up evens it out because it makes blotches on my skin.  I have to even out my skin.  But you know what’s funny, why is that so important?  That’s not important to me.  I’m a great fan of art.  I love Michelangelo.  If I had a chance to talk to him or read about him I would want to know what inspired him to become who he is, the anatomy of his craftsmanship, not who he went out with last night…what’s wrong with…I mean that’s what is important to me.” 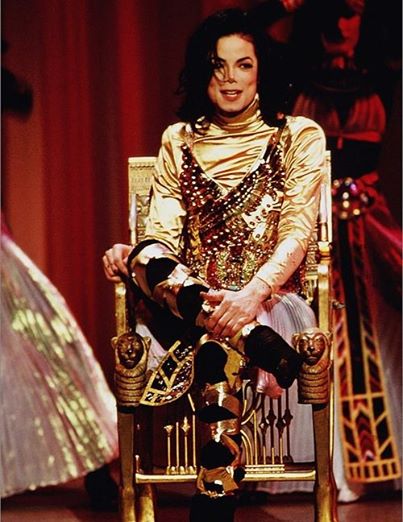 Vitiligo (a common skin disorder of skin pigmentation in which patches of skin lose their color.  Depigmentation white patches are particularly obvious in dark-skinned people, occurring most commonly on the face, hands, armpits and groin.  Affected skin is particularly sensitive to sunlight.  Vitiligo is thought to be an autoimmune disorder that causes an absence of melanocytes, the specialized cells responsible for secreting the skin pigmentation melanin.  The condition may occur at any age but usually develops in early adulthood.  It affects about one in 200 people.  Make-up may be used to disguise areas of vitiligo.  Creams containing corticosteroid drugs may also help.  If areas of vitiligo are extensive, chemicals may be used to remove pigment from remaining areas of normal skin.  THE AMERICAN MEDICAL ASSOCIATION ENCYCLOPEDIA 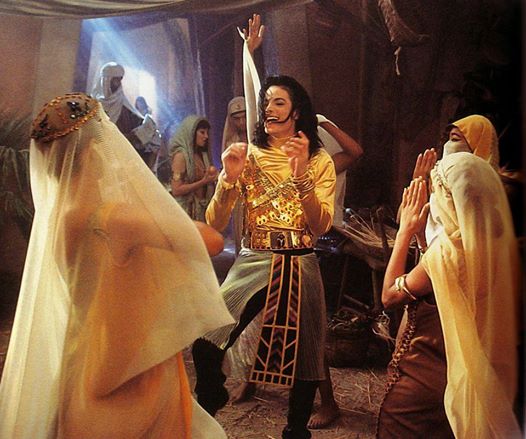 Just the other day, I came across the words honest media.  My initial reaction was to say, “Now there’s a contradiction in terms…oxymoron at its finest!”  For me, the media has long since earned my distrust, repeatedly validating loss of confidence in whatever it is they are selling.  Some would argue that there sometimes is a grain of truth hidden in their reporting…doesn’t that make it worth our while to listen and read…aren’t they, after all, professionals, experts?  Picture this:  You stop by your local pharmacy to pick up a prescription when the pharmacist on duty tells you that there is a slight change…their new policy requires only one or two actual ingredients in prescriptions to be the real deal…and, what about the rest…well, they will be simply made up…borrowed from another pharmacy, not checked, thrown in.  Oh,  ACCOUNTABILITY?  PROFESSIONALISM?  EXPERTISE?  NOT NEEDED…We have  the power.  Absurd?  Of course.  But, if this new practice is all there is…if  we are made 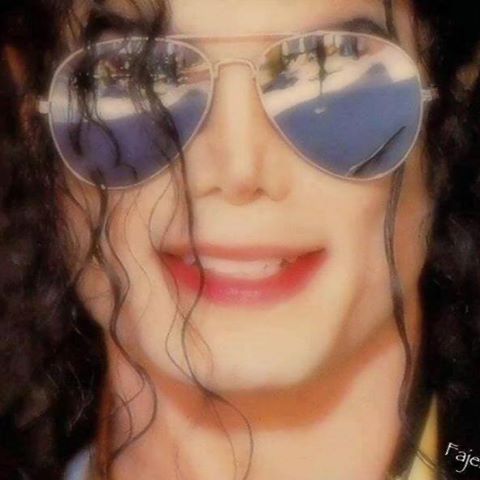 to believe that this is what is required, even WANTED…precedent is set into motion.

Among the avalanche of lies perpetrated by the media in their massive Michael Jackson myth-making efforts, was the reason behind Michael’s skin color change…selling to the public that Michael was ashamed of his race, wanting to be white.  In addition to media distortions and lies, there exists constant double standards.  Upon learning of Michael J. Fox’s battle, of Robin William’s battle, attention was brought to their respective diseases, efforts made to understand, great sympathies shown.  When Michael Jackson shared his disease, the media scoffed, ridiculed, made a joke of, or completely discounted and disbelieved.  DOUBLE STANDARD?  You tell me.  The double standard also had a more sinister agenda…turning Black America against Michael.  Racism.  Is it because Michael J. Fox and Robin Williams are not black that their stories were accepted and bravery attached to their struggles.  All THREE of these men deserve our 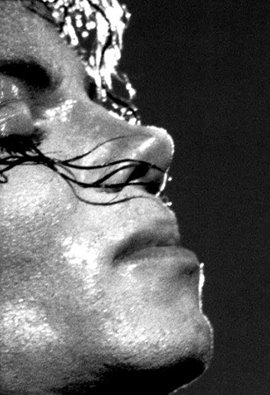 respect and admiration for bravery in the face of adversity.

“All around us are people of different cultures, different religions, and different nationalities.  And yet, the music of Michael Jackson brings us together.”

Unimpeded by attempts to diminish who he was, Michael Jackson’s revolutionary actions turned trouble into opportunity, chaos into astounding music.  His answer to those specializing in putting CON into controversy, was in his powers of perseverance, as he inhabited the present in life-cherished moments.  REMEMBER THE TIME is one of those astounding pieces of artistry on the DANGEROUS ALBUM, a work of art described as a MASTERPIECE by Quincy Jones.  He was absolutely right.  Dangerous redefined the parameters of pop.  Michael sings in his lower register on REMEMBER THE TIME…once again, background vocals are exquisite…Teddy Riley recalls, “So we 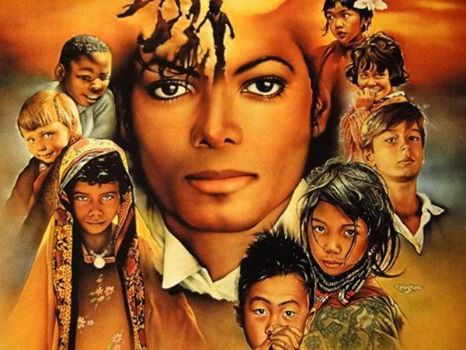 went back and started the song from the beginning and I watched  Michael sing each note and harmony, double it, triple it and then maybe quadruple…each time singing it perfectly, vibratos perfectly matched, perfectly in tune, rhythmically dead on, knowing exactly what he wanted to do the whole time.  We were done with all the hooks faster than if I’d flown them in.  Flawless.  That was day one.”  REMEMBER THE TIME is a smooth, meticulously crafted R&B, built on a punchy backbeat with soulful vocals. J. Vogel

It was 1992.  Racial tensions high, the brutal beating of Rodney King and ensuing riots in Los Angeles, the AIDS epidemic loomed larger than ever, war in the Gulf, a material world advancing.  Michael explicitly would confront racism for the first time. 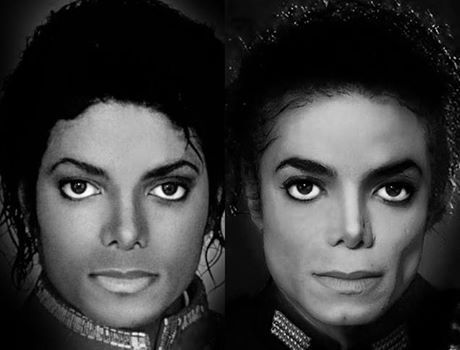 here.  I’m committed to my art.  I believe that all art has as its ultimate goal the union between the material and the spiritual, the human and the divine.  And I believe that that is the very reason for the existence of art and what I do.  And I feel fortunate in being that instrument through which music flows.”

Never allowing the threat of censorship to keep his art small, Michael refused media condemnation or oppression.  Accepting a sense of artistic power and choosing to do the next right thing, Michael forged ahead with the REMEMBER THE TIME short film.  Seeing a need, not being one who had to be asked to act, Michael boldly chose the setting placed in ancient Egypt with an all Black cast.  “REMEMBER THE TIME adopts an African heritage as a gesture of pride and a search for fulfillment…asking viewers to recall a past when Black folks were not estranged from the African continent or their ancestral culture.  Of course, Jackson aims his fantasy nostalgia toward a broad audience to make sense for non-blacks who can relate to Africa as the cradle of all civilization: DO YOU REMEMBER HOW IT ALL BEGAN.”  Armond White 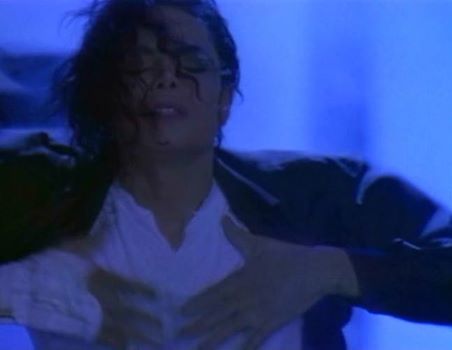 Throughout the storytelling, the connection between matriarch and exile is played out…even though Michael’s character portrays someone different, it turns out he is still one of them.  “The implicit message to viewers is that racial identity is much more than skin pigmentation: it is about shared dances, songs, narratives, and histories.”  J. Vogel

A strong show of support for Magic Johnson was shone by Michael.  Choosing the athlete as a member of the cast, a year after it was reported that he had the AIDS virus, was a bold move at the time.  With inaccurate information about the disease and scare tactics delivered by a sensationalistic media, fears ran rampant.  As a rescuer, Michael’s practice was to ask two questions:  “What do you need?  How can I help?” 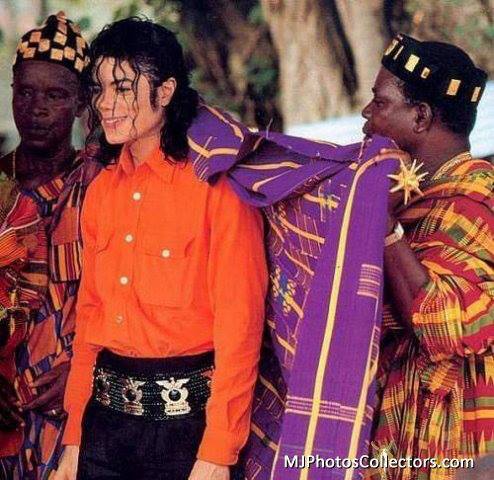 Never being a person affected by fear tactics, in addition to befriending and supporting Ryan White’s journey with AIDS,  Michael’s message was clear.

Michael’s telling of truths created avenues of truth from others.  Undaunted by the size of the task, fate conceded to Michael.  Ever vigilant, without self-doubt, Michael’s divine sparks of genius created the messages of REMEMBER THE TIME…as ever, multilayered and bravely addressing AN IMMERSION INTO RACIAL IDENTITY. 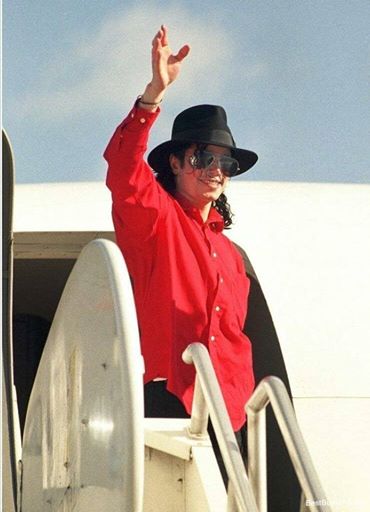 Thank you, Michael, for husbanding truthful optimism.  Your emotional courage spreads  beyond all boundaries.  We REMEMBER THE TIME.  I love you, Michael.

7 thoughts on “REMEMBER THE TIME…an immersion into racial identity”