“How do we keep fighting these injustices?” 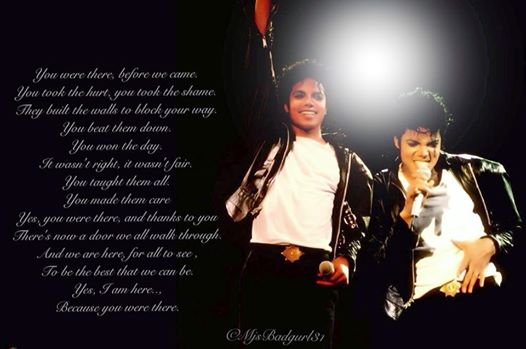 “I have repeatedly stated my support for Michael Jackson through all the allegations and the attempts to vilify this great legend, and I will undoubtedly continue to do so even now that he has passed.  Every time they knocked him down, Michael got back up.  He stood up and told us all to take a look at the man in the mirror and to heal the world.  He told us to remember the time, and now we remember the plethora of good  times he gave us:  the sold-out international concerts, the largest album sales in history, the impeccable dance moves, and more important, his generous, humanitarian side.  Donating hundreds of millions to charity, creating his own non-profit organizations, and genuinely caring about the state of humanity.  Michael will and must be revered for his distinguished and rare character. A young man from Gary, Indiana, Michael continually 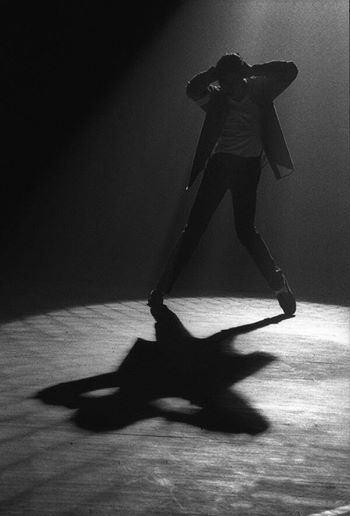 paid homage to his humble beginnings and to his black brothers and sisters.  In his sheer existence, he forced White America to confront some of its inherent biases and made it possible for many of today’s artists, athletes and even the President himself to exist.  Before Tiger Woods, there was Michael Jackson, and before Barack Obama there was Michael Jackson.  This man made it OK-and cool-for kids in Japan and kids in Kansas to moonwalk.  A transcendent individual who crossed every single racial, social and generational line.  MJ was much more than the King of Pop:  HE WAS AND ALWAYS WILL BE A TRUE GROUNDBREAKER AND PHILANTROPIST.  I pray history will finally serve him due justice.  Reverend Al Sharpton 2009

“Goodbyes are only for those who LOVE with their eyes…because for those who love with heart and soul, there is no such thing as separation.”  RUMI

Today, I carry with me an ache that vacillates between swell and subside…and, I confess that my spiritual side is once again feeling attacked.  I remember my friend, Lynda, talking to me about intent…asking the question, “Is the intent pure?”  Throughout the journey in writing articles to PAY MICHAEL FORWARD, I have been helped and educated by so many.  Of course, my MASTER TEACHER is Michael.  But, I have learned so much from YOU.  I have also been cautioned about my views on the media and gently warned that it wasn’t healthy for me to ever expect a change.  Michael  himself said things would never change no matter what he said or did.  Here’s where I get into trouble…intellectually, I really do get it.  And, I often find myself giving a pep-talk to my heart, trying to toughen up, trying to quell the anger and disappointment.  In battle between mind and heart, the struggle isn’t a fair fight…MY HEART ALWAYS WINS.  Emotion rules in this body of mine no matter how much I work to do the opposite.  The advantage to this struggle is that my goal is simply to NEVER STOP TRYING.  I am determined to get the truth out…I am determined to speak out for justice…I am determined to assist the NEW MEDIA.  WE ARE THE NEW MEDIA.  I am convinced of 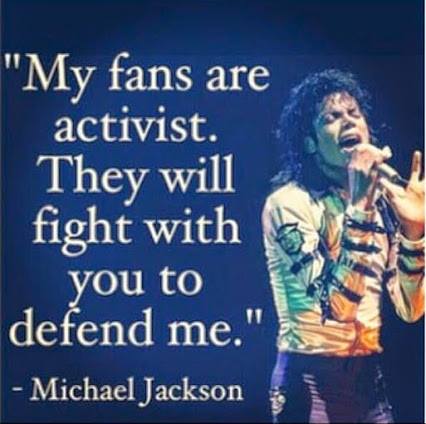 that.  Impatience to broadcast the truth across every inch of this planet causes some measure of desperation.  Seeing today’s Huffington Post article about XSCAPE raised the temperature in my body and the hairs on the back of my neck.  Here is where Lynda’s question appears front and center.  Now I know, we  will not all agree  on the release of Michael’s demos and the results of others affecting the final product…that I understand to be true.  I respect the debate when it is DONE with respect.  What stirs my emotions is INTENT.  All it takes for me is false intent and I feel the need to speak out.  In an article discussing artistry, an article that on the outside appears to be positive and done with a measure of care for Michael’s Legacy…I do not accept the mention of allegations.  I see a false intent, to appear to want to protect Michael’s legacy…but, the very mention of that topic in a discussion of an impending 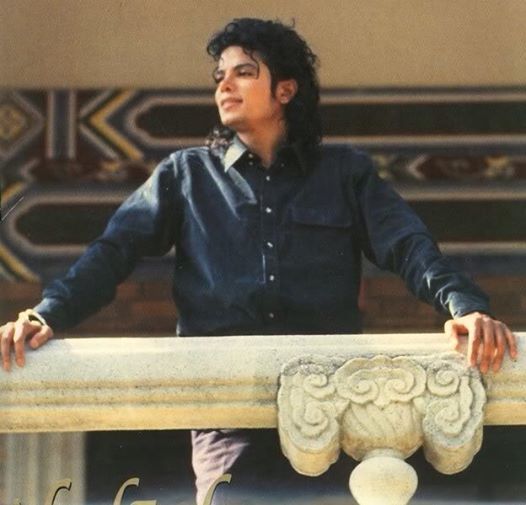 album release reinforces the brainwashing done by the myth-making media once again.  I see it as deliberate.  I see it as intentional…making sure to reinforce lies that the public often accepts as truth. “STUCK IN THE MIDDLE AND THE PAIN IS 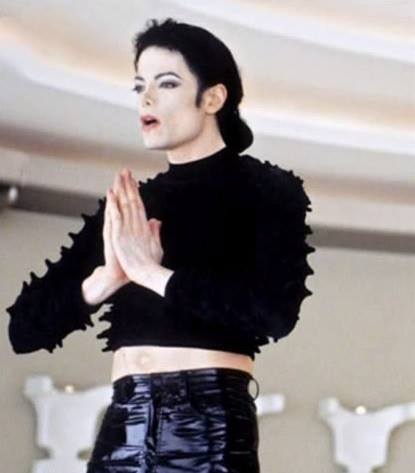 Loving as we all do…with our hearts and souls…there truly is no separation. We feel Michael with us each and every day.  We turn to Michael’s artistry to feel close.  “When you want to be close to me, listen to my music.  The love is stored there.”  Michael Jackson.http://www.youtube.com/watch?v=w8DKD0PoRSI

YOU LOVE TO PRETEND YOU’RE GOOD

WHEN YOU’RE ALWAYS UP TO NO GOOD

YOU REALLY CAN’T MAKE HIM HATE HER

SO YOUR TONGUE BECOMES A RAZOR 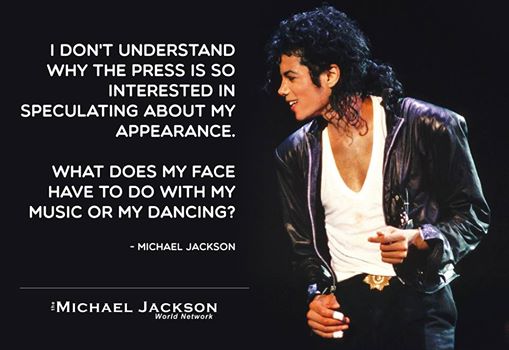 Michael’s genius transferred his frustrations and anger into incredible music.  He spoke out in speeches and interviews, lyrics, poetry and prose.  He used his fame and fortune to create positive changes.  AND, HE HAS INSPIRED ALL OF US TO DO THE SAME.  In examining MY intent, I know I am committed to continuing to write, continuing to try to 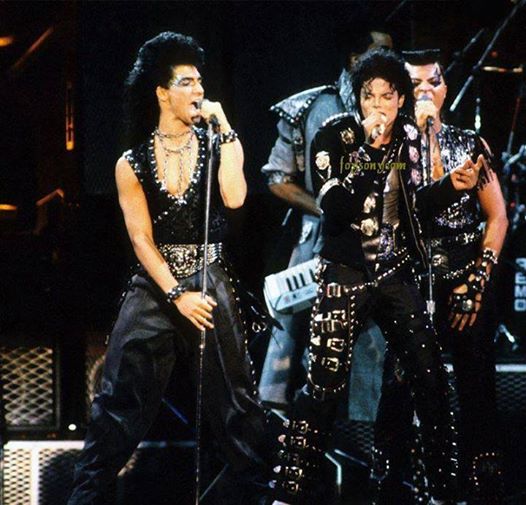 PAY MICHAEL FORWARD in every way I can.  The ache I carry with me today will subside, and will return.  My heart and soul will continue to override my brain.  And, I will continue to reach out to YOU for strength and love.  The trick is to remember all that Michael experienced…and, continues to experience…without reliving it.  I haven’t discovered how to do that yet. 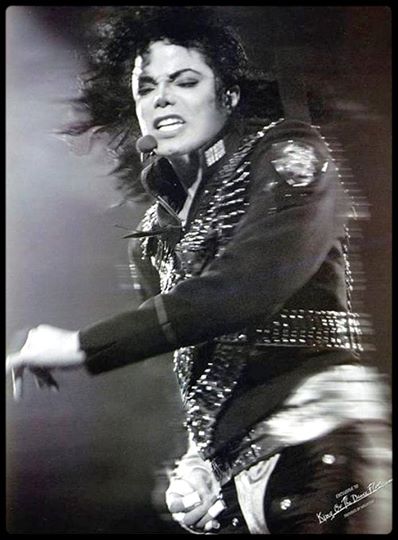 “I want to continue to grow.  To me, the biggest sin of all sins  is to be given a gift, a talent, because it’s actually a gift from God, to take that and not cultivate it and make it grow, that’s the biggest sin in the world.”  Michael Jackson Ebony 1981

Be patient with me, Dear Friends.  I love you.  Let’s continue to reach out for history’s honest portrayal of Michael Jackson…for us there is no separation. 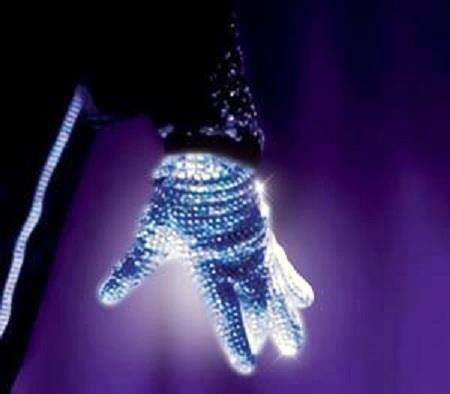 3 thoughts on ““STUCK IN THE MIDDLE AND THE PAIN IS THUNDER!””