~I remember a good story about my mother that illustrates her nature.  One day, back in Gary, when I was real little, this man knocked on everybody’s door early in the morning.  He was bleeding so badly you could see where he’d been around the neighborhood.  No one would let him in.  Finally, he got to our door and he started banging and knocking.  Mother let him in at once.  Now, most people would have been too afraid to do that, but that’s my mother.  I can remember waking up and finding blood on the floor.  I wish we could all be more like Mom.”

In 2010, with the beautiful and selfless heart of a mother, Katherine Jackson reached out her hand and gave the world NEVER CAN SAY GOODBYE.   She dedicated the book to the loving memory of her son, Michael Jackson.  Offering a private collection of pictures and personal reflections, she bravely moved to erase media myth, having two main themes:  To bring the truth to false accusations, and celebrate the artistry of her astoundingly gifted son.  “Beyond our hardships, our family loved Michael dearly, and each of us shares a special bond with him.  Through our memories we will always 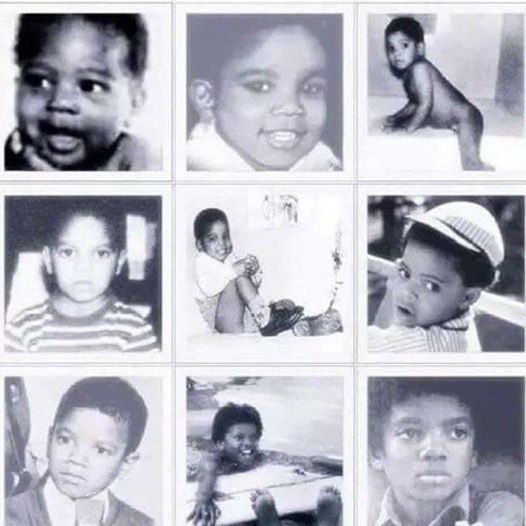 “Being deeply loved by someone gives you strength while loving someone deeply gives you courage.”

Today, all around the world, Fans of every color, every race, every religion, every culture join together to PAY MICHAEL FORWARD….with hearts old and young, millions of hands reaching out to show gratitude for a mother’s gift to the world:  A child born to be King.  Reflecting a mother’s wisdom, Michael was a seed sown to the world which today results in global love and activism.  His inner strength and character, nurtured from birth, his massive God-given gifts and talents encouraged from birth, an unconditional love role model shared from birth…Michael grew into an unparalleled 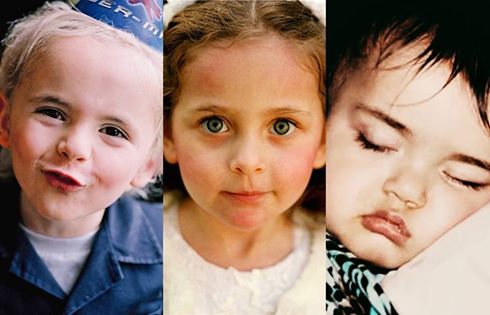 artist and humanitarian.  It is a Mother’s Story told by her son.  “I don’t think I could ask for anything more in life than a son like Michael.”  Katherine Jackson

“Out of suffering have emerged the strongest souls;  the most massive characters are seared with scars.”

~My mother was a great provider.  If she found out that one of us had an interest 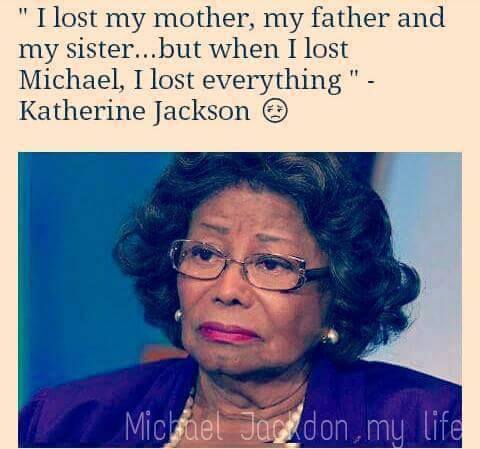 in something, she would encourage it if there was any possible way.  There isn’t one of us who’s ever forgotten what a hard worker and great provider she was.  It’s an old story.  Every child thinks their mother is the greatest mother in the world, but we Jacksons never lost that feeling.  Because of Katherine’s gentleness, warmth, and attention, I can’t imagine what it must be like to grow up without a mother’s love.  The lessons she taught us were invaluable.  Kindness, 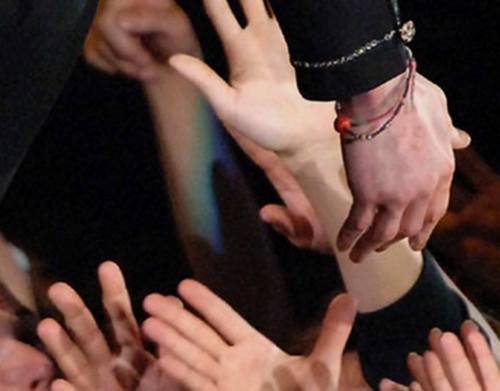 love, and consideration for other people headed her list.  Don’t hurt people.  Never beg.  Never freeload.  Those were sins at our house.  She always wanted us to give, but she never wanted us to ask or beg.  That’s the way she is.”

“A person who set every foundation with good intentions and with the hope to inspire others through unprecedented displays of love and humility.” 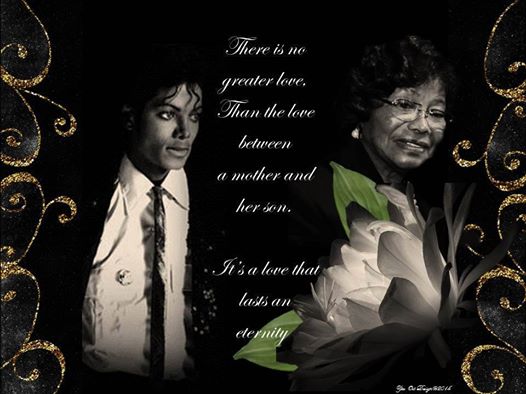 Michael’s story reflects the loving hands and heart of a mother who nurtured a child prodigy and later encouraged an adult genius.  His legacy defines the values taught and nourished by a mother whose strength was passed to her children.  Being deeply loved, Michael was able to give a mother’s and father’s love to all children of the world.  Watching his mother help a wounded stranger informed Michael’s humanitarian rescue efforts and fueled his belief in equality. 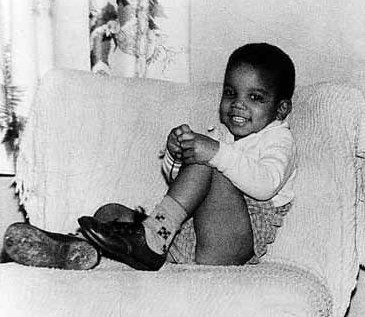 “Fifty is too young to die.  Despite the tribulations he faced, I believe he still managed to live as joyously as he truly deserved.  I believe my son, Michael, fulfilled his purpose in life.”

Michael often included in acceptance speeches a moment to thank his mother for the gift of life.  We Fans lovingly do the same, for we have been given new life, and beliefs which affirm our souls.  The lessons of giving and loving and charity and equality sing around this planet in wondrous harmony.  Michael Jackson inspires all those who come to know him with an inspiration that changes lives.

In the hush of dawn,

I knew the miracle of birth-

I looked on the small child 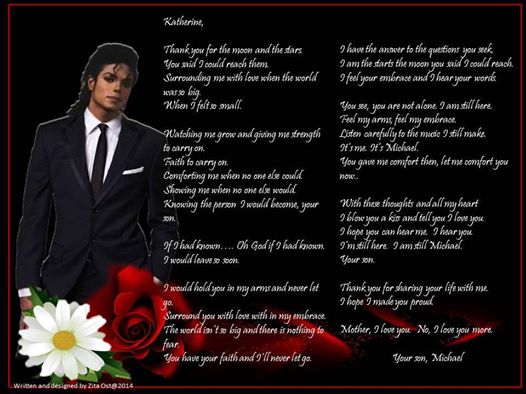 ~To Katherine Jackson with Love~ 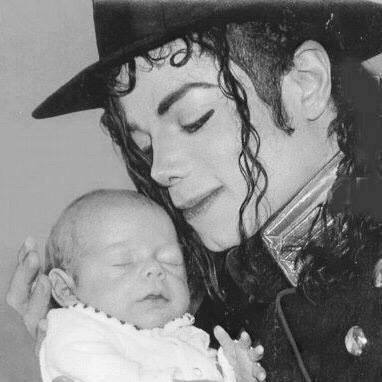