“To say the man is a genius is an understatement.  He cradles each note, coaxes the music to depths beyond reality.  God blessed him and squandered nothing, but loved it all.  Michael knew how to put together every tone, every nuance to make magic.  You owe it to yourselves and your loved ones to see this again and again.  Memorize it and say to yourselves. ‘I SAW GENIUS IN MY LIFETIME.'” 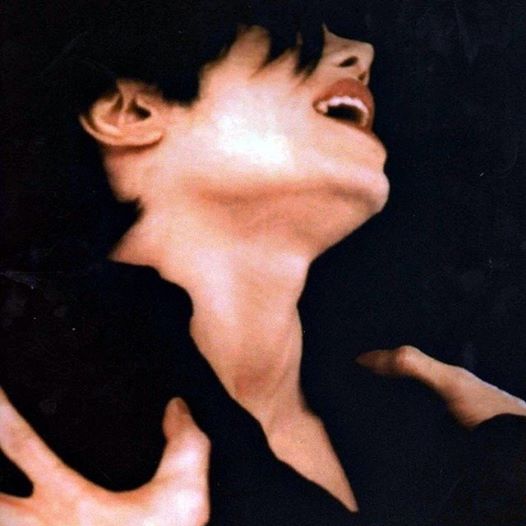 Elizabeth Taylor  (THIS IS IT)

“What I picked up on Michael Jackson, because I study people when I watch them, is the way that he counts the rhythm with his feet and his neck at the same time is crazy…so he’s hearing multiple things at once…and, I don’t know anybody who does that.”

Wyclef Jean of the Fugees

“One morning, Michael came in with a new song he had written overnight.  We called in a guitar player, and Michael sang every note of every chord to him.  ‘Here’s the first chord, first note, second note, third note,’ etc.  We witnessed him giving the most heartfelt vocal performance, live in the control room through an SM57.  He would sing an entire string arrangement every part.

Steve Porcaro once told  me he witnessed Michael doing that with the string section in a room.  Had it all in his head, harmony and everything.  Not just a little eight bar loop ideas.  He would actually sing the entire arrangement into a microcassette recorder complete with stops and fills.”

“He had the capacity to lose himself in the music completely, dancer disappearing in the dance.” 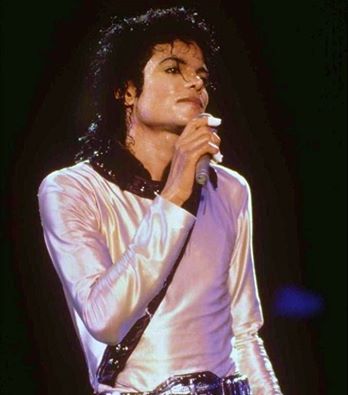 “I CANNOT DEFEND MYSELF AGAINST EVERY LIE THAT IS TOLD, BUT I AM GRATEFUL THAT I HAVE SUCH AMAZING SUPPORTERS, THAT YOU WILL STAND UP FOR THE TRUTH NO MATTER WHAT.”

“One of my fondest memories of MJ is the first time he and I sat down  to write out a set list for the show.  He showed me a computer print-out of what the fans voted as the songs they most wanted to hear, and then he showed me a handwritten list of what he wanted based on that information.  We had a very difficult time trying to get that list together.  If we did all of his hits, he would have been on stage for about two weeks!  What was great about the time we had  together that day was seeing first-hand the love and passion he had for pleasing his fans, and wanting to make sure they were  getting what they wanted from our show.  I don’t think I’ve ever worked with an artist that loved his fans more!” 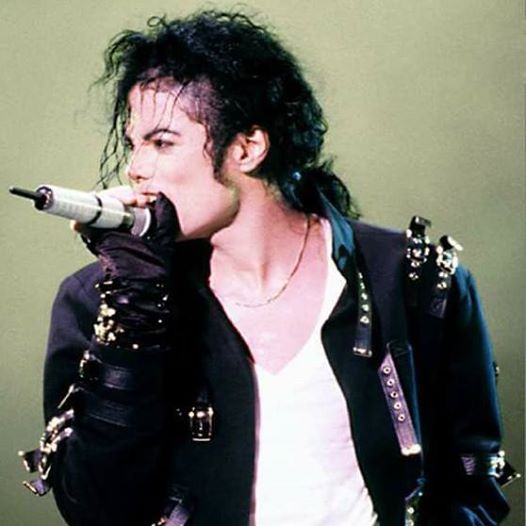 As dawn appears on the horizon of a new day, I realize when awakening from my dreams, that joy is humanly possible.  From peaceful sleep to gesture, my dreamlike wonders transform thought into word, creating once  again on the page.  “This is the place that you choose to be with me when you thought you could be in another world.”  MJ  Determined to PAY MICHAEL FORWARD, attempting to learn from life’s hard knocks and Michael’s soft touches, sometimes dazed by confusion, I take stock of where I have been and where I am going.  Some might think that after writing hundreds of articles, thoroughness would fold beneath hidden impossibility…meaning ~could there be anymore to learn, anymore to say, anymore to do?  That would hold true if Michael Jackson’s life had only a singular dimension.  Accepting Krishnamurti’s words:  learning 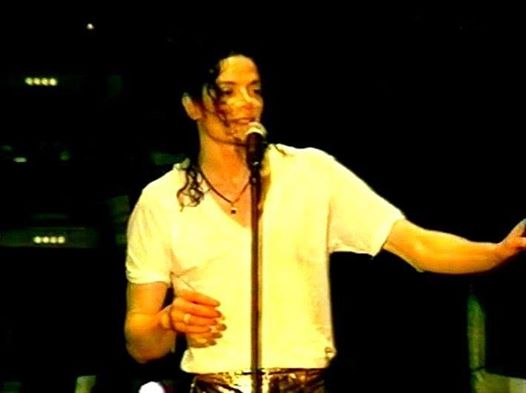 is movement from moment to moment…TAKING Michael brings with it a love for the impossible task of knowing it all, stretching moments into years. Vigorously, we in the Michael Jackson community search in our attempt to supply light and enlightenment…drawing a line of distinction between the myth-making media and THE NEW MEDIA.  We have lived and are living with a GENIUS IN OUR LIFETIME, and the constructive power of our words soothes our fears, allowing us to benefit from them.  Simply put, WE STAND FOR THE TRUTH.  Michael dreamed dreams that gave answers to questions heretofore unasked.  With unparalleled genius, he gave language to joy and sorrow, suffering and bliss…great gesture leading to envisioned peace.  With sumptuous music, dance, story, performance, prose and poetry, his dream of Utopia became ours…his channeled visions delivered our lessons and with them, a yearning.  With a narrative written each and every day, we reclaim Michael’s essence, decoding 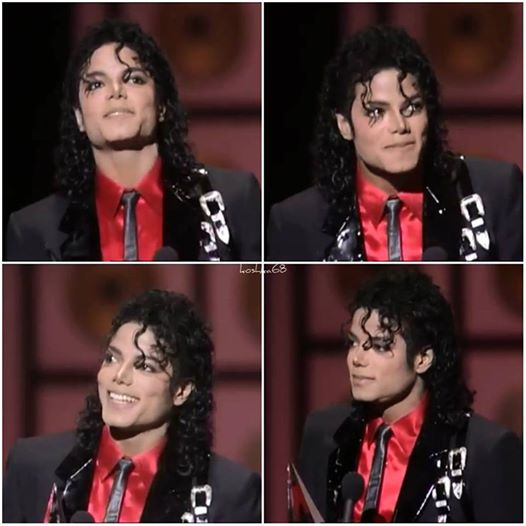 the layers of his messages.  As with all great art and great artists, it is an ecstatic intellectual, emotional, complicated and personal journey…taking a lifetime.  The delicious power of Michael’s magic potently connects us to ourselves.  The more we know, the more  we want to know…and, the greater our bond grows between one another and, to Michael. Taken a step further, with the power of love inside, we yearn to share that life-altering, life-saving love with the world…as within, so without. 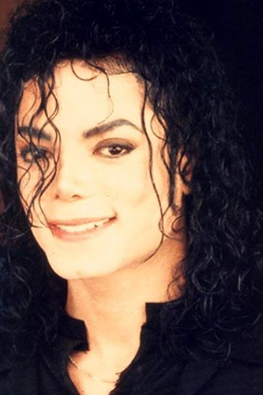 “I personally have been moved by Michael’s genius artistry, its tapestry of layers, through the entirety of his performance…starting with the intro, held captive to the outro…being entertained to the max, being stirred, being suspended, being heightened, leading to a heart impacting crescendo that stirs one deep inside.  The outro of MAN IN THE MIRROR gets me every time I see it, and I leave truly wanting to change any of my ways that are not leaving this world a better place.”

There are times when the media mantra: FEAR…the oldest tool of force…If we are distracted by fear of those around us, it keeps us from seeing the actions of those  in power above, can temporarily pollute our resolve, with its incessant bullying and lies, cutting and pasting with abandon.  We feel frustration with those who cling to myths refusing to be educated in the truth…continuing to close their minds.  Just when we feel battered and helpless, one of the lovely ripples washes over us, cleansing away our doubts, refreshing our minds and reminding us of Michael’s words:  KEEPING THE FAITH MEANS NEVER GIVING UP ON LOVE.   “Michael believed in magic, he believed that we could change the world, and he had such unconditional love that when you were around him, you couldn’t help but believe it, too.”  Kelli Parker 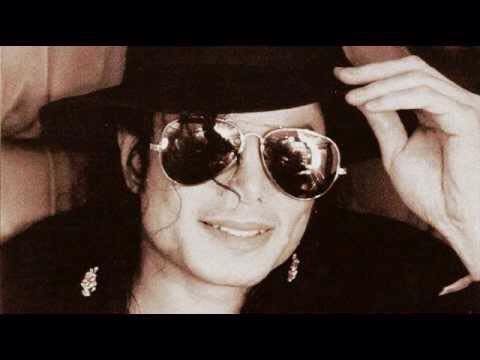 “The texture and control of his voice  was absolutely extraordinary.  He paints mosaics with his voice, like Michelangelo paints pictures.  He had a voice of the Sistine Chapel…and it seems like when he sings, he’s reaching out and he’s touching you, putting his hands on you…you are moved.  All of us musicians have that, but some…only a chosen few, have it to the depth and the degree that Michael  had it…and, he had it to the greatest I’ve ever seen.”

“My mind understands that he is no longer with us, but my heart and soul just cannot 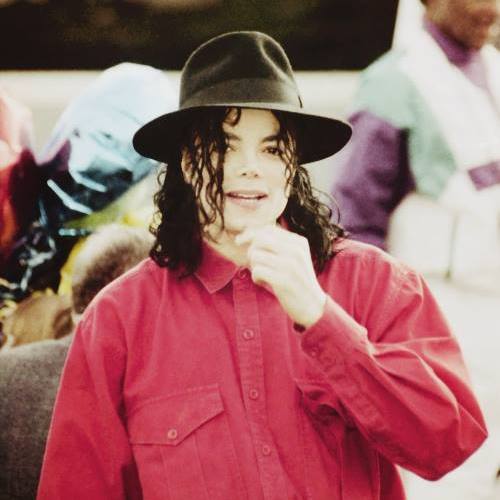 seem to grasp it.  Michael’s music has been the soundtrack of my life and now, when I hear one of his songs, my eyes automatically begin to fill with tears.  Then, I check myself, for as long as I can still groove to his music, it’s easier for me to believe that Michael’s somewhere in the universe, doing his thing.  I don’t like being reminded that he died.  Legends don’t die.  Michael’s talent overshadowed his enormous humanitarian spirit, his magic brought all of us together.  He will never be forgotten.” 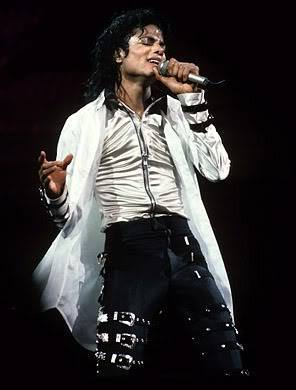 Michael’s music holds our stories, embraces our hearts and triggers emotions that uplift our souls, our inner and outer listening humbled.  Our multitudes sing and dance.  Michael’s artistry brings with it self-discovery and a realization of our connectedness.  Our true voice comes from our heart with a personal bonding, acting in accordance with Michael’s truest nature…our truest nature.  We join together in a common purpose…TO PAY MICHAEL FORWARD…giving light to the truth and moving toward a Utopian World.

“LIES RUN IN SPRINTS…THE TRUTH RUNS IN MARATHONS.  IN THE END, THE TRUTH ALWAYS TRIUMPHS”

“MY FANS ARE ACTIVISTS…THEY WILL DEFEND ME.”