“TODAY, WE STAND JOINED TOGETHER ALL AROUND THE WORLD IN A COMMON PURPOSE…TO MAKE THE PLANET INTO A HAVEN OF JOY AND 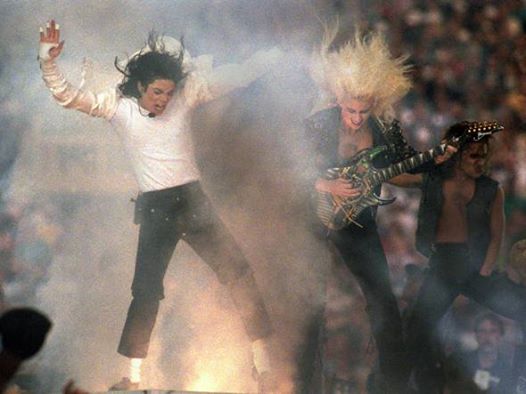 UNDERSTANDING AND GOODNESS.  NO ONE SHOULD HAVE TO SUFFER, ESPECIALLY OUR CHILDREN.  THIS TIME WE MUST SUCCEED. THIS IS FOR THE CHILDREN OF THE WORLD.” SUPER BOWL XXVII  1993  MICHAEL JACKSON 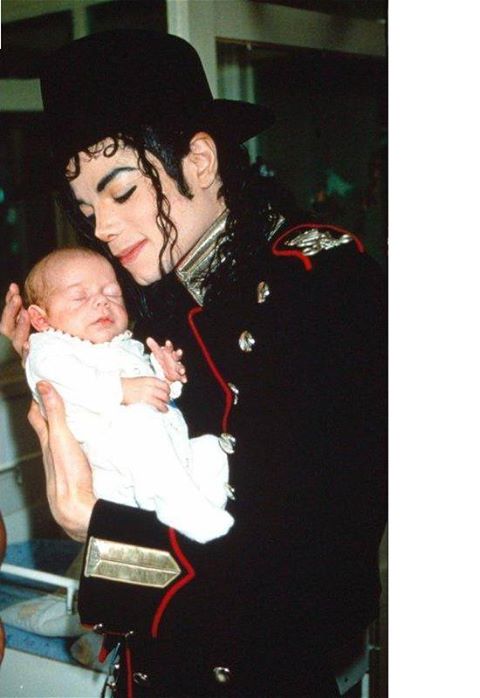 There are times in my life when I see the world around me and feel a sense of hopelessness.  I am reminded of the political campaigns and the millions of dollars spent on them.  Watching television ads that focussed on negatives, viewing conventions where money spent exceeded anything I could really imagine, I asked myself why.  I would guess with a reasonable measure of certainty that most Americans knew full well who was going to receive their vote.  I wonder why we spend so much money on things that matter little and so little money on the really important things.  I thought about the starving children in the world.  I dreamed that one of the candidates would have the bravery to stand up and say that instead of wasting money on a campaign, their dollars would go to help heal the world.  Pollyanna?  Oh, I so wish not. 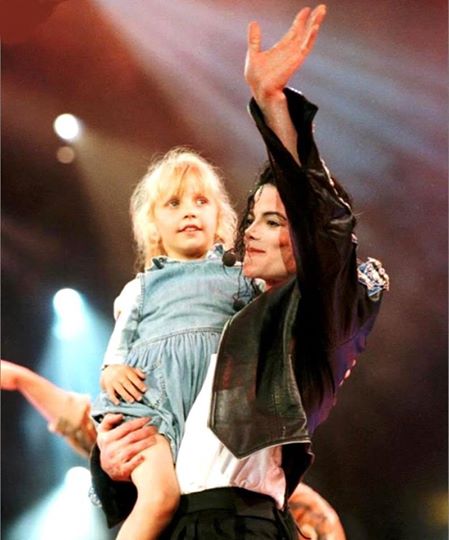 The question becomes, what will I do.  I have had the profound good fortune of following Michael Jackson’s humanitarian life.  His committment and generosity, his energies and strength have been my inspiration.  That inspiration has helped me find new ways to try to make a difference.  That inspiration has moved millions of people to follow their hearts. I am humbled by their efforts.   I am humbled by all that I have learned. 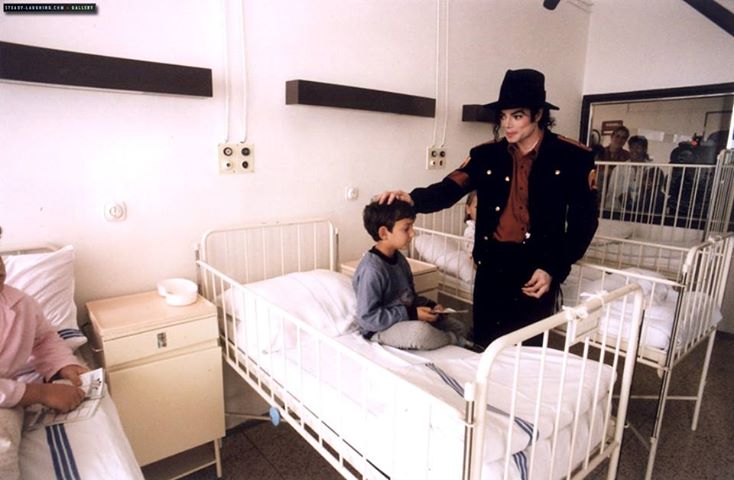 “Our children are the most beautiful, most sweet, most treasured of our creations.  And yet, every minute at least 28 children die.  Today our children are at risk of being killed by diseases and by the violence of war, guns, abuse and neglect.  Children have few rights and no one to speak for them.  They have no voice in our world.  God and nature has blessed me with a voice.  Now I want to use it to help children speak for themselves.  I have founded the Heal the World Foundation to be the voice of the voiceless: the children.”  Michael Jackson June 23, 1992 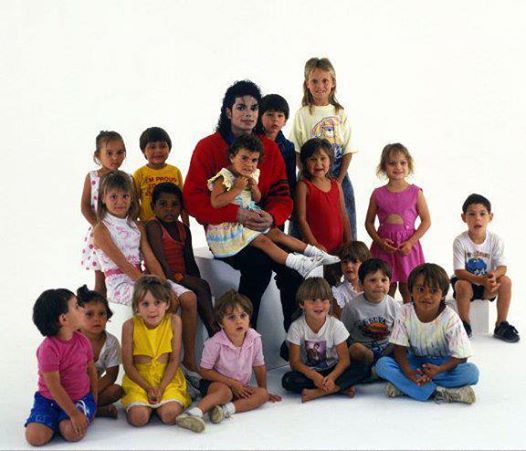 1. TO MAKE THE SAFETY, HEALTH AND DEVELOPMENT OF CHILDREN THE WORLD’S HIGHEST PRIORITY.

2. TO BE THE VOICE OF THE VOICELESS BY FOCUSING WORLD-WIDE ATTENTION ON THE NEEDS AND RIGHTS OF ALL CHILDREN AND BY PROVIDING CHILDREN WITH A FORUM TO EXPRESS THEIR UNIQUE VISION FOR HEALING 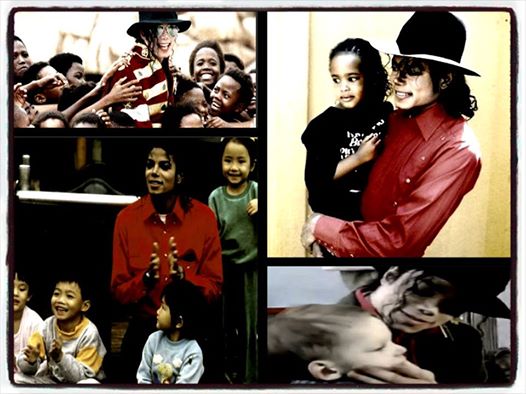 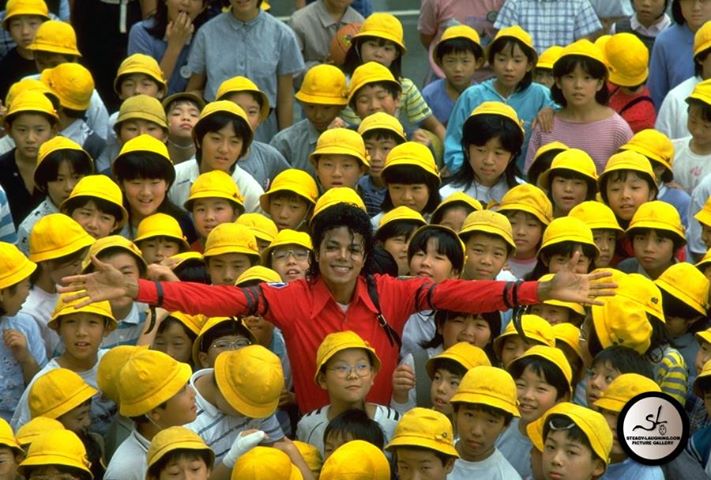 “I am very happy to be here in Japan again.  I am very lucky to see all the children and the young at heart as well.  The innocence of children represents to me the source of infinitive creativity and I feel this is where all my creative source comes from.  This is not an intellectual kind of intelligence but an intelligence that is full of wonder, magic, mystery and adventure.  In this intelligence there is love, there is trust, there is joy and there is beauty.  It’s the kind of intelligence that will heal the world.  That is why I am here and that is why we are here.  Thank you very much.  I love you.”  Michael Jackson Japan American Consulate  December 10, 1992 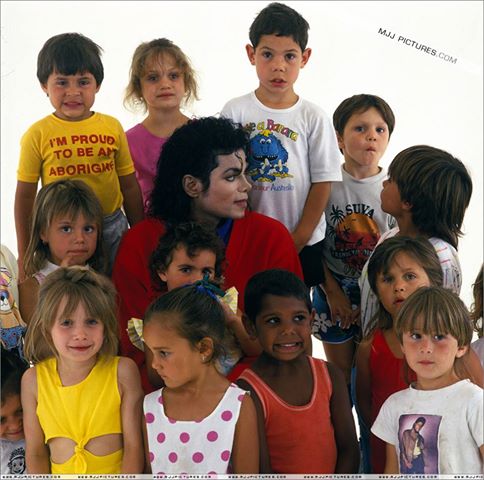 “Cancer is the number one killer of children and it is only when we join together on evenings like this, that we can summon the courage and determination to stop it from ever robbing another child of the precious gift of life, or a parent of the joy of watching their child grow.”  taken from an acceptance speech G&P Foundation Award November 30, 2000

My experience in the classroom has taught me many things, among them, that children have an unlimited capacity to create.  The Heal the World Foundation’s World’s Children’s Congress seminars and workshops are an amazing example of children coming together from all over the world to give their views on world problems.  To add to the creativity and magic, conferences took place at Neverland Valley Ranch.  Children had days to enjoy the wonderment and to have a voice in the world.  Play and creativity…in a place that was described by Mike Tyson this way,”Michael invited me to Neverland when Ashanti was going to perform.  The place was awesome.  It was the happiest place I’ve ever been.  When you walked through the gates onto the property it was as if you’d  inhaled laughing gas.  Everyone was happy.  Even 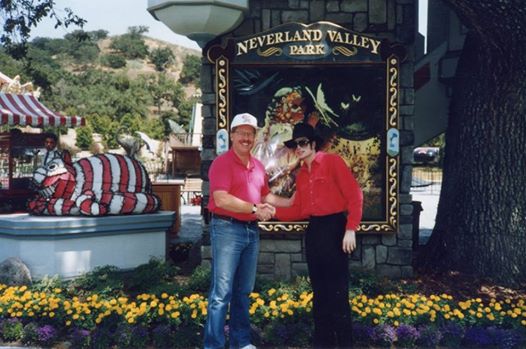 the animals seemed to be smiling…a real carefree place.”  I smile when I think of Neverland and I will write about it in another blog, but, only Michael could create a world of magic to bring out the child in us all.

The Heal the World Foundation included Heal LA after the rioting in the early 90’s.  In 2001, Michael traveled to Oxford, England to give an address at the Oxford Union.  His address introduced The Heal the Kid Initiative.  When I discovered this address, I decided to transcribe it.  It took days to do.  After that, I typed it into my computer.  Those efforts and the hours taken for the task helped me to FEEL what Michael was saying. The address is pages long, but, I wanted to share with you the following:

With over 20,000 people requesting tickets to attend the launch of Michael’s Heal the Kids charity at the Oxford Union, the few hundred who managed to gain entry to the 178-year-old debating society were thrilled as they listened to Michael speak for over 35 minutes as he called for a Children’s Universal Bill of Rights.  Specifically, Michael’s bill included:

THE RIGHT TO BE LOVED, WITHOUT HAVING TO EARN IT.

THE RIGHT TO BE PROTECTED, WITHOUT HAVING TO DESERVE IT.

THE RIGHT TO FEEL VALUABLE, EVEN IF YOU CAME INTO THE WORLD WITH NOTHING.

THE RIGHT TO BE LISTENED TO WITHOUT HAVING TO BE INTERESTING. 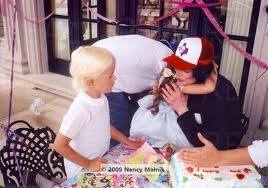 WITH THE EVENING NEWS OR EASTENDERS.

THE RIGHT TO AN EDUCATION WITHOUT HAVING TO DODGE BULLETS AT SCHOOLS.

THE RIGHT TO BE THOUGHT OF AS ADORABLE (EVEN IF YOU HAVE A FACE ONLY A MOTHER COULD LOVE.) 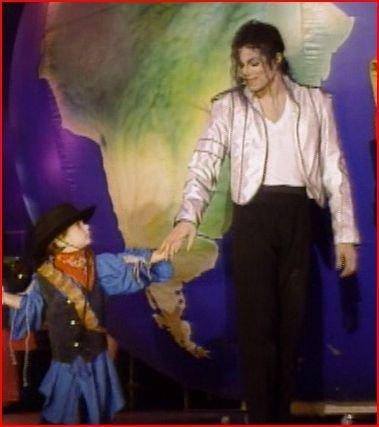 beauty of love.  Let us heal the world and blight its pain.  And may we all make beautiful music together.  God bless you and I love you.”  Michael Jackson A Visual Documentary 1958-2009 Adrian Grant 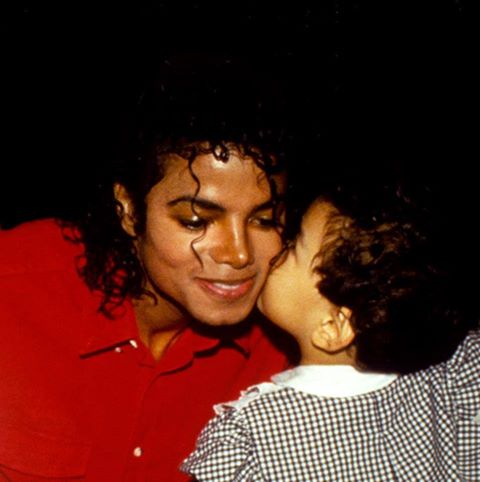 April 20,2001 Michael announced that he would travel to Sudan to campaign for an end to child slavery.  He would use his charity Heal the Kids to try to help the victims.  “I want this slavery to end, now and forever.  I mean this from the bottom of my heart. The existence of child slavery shakes me to my very core.  Children need a childhood.  They need to play and run and have fun.  They can’t be forced to work.  Childhood is the greatest gift of life that must be preserved.  I think this is something we can’t turn a blind eye to.”  Michael Jackson New York Post Interview 2001

If we were to define Michael’s legacy, I think we would all agree that his massive catalog, his historic performances and world tours, his anthems and social justice lyrics, his creative, cutting edge short films, his iconic dance and wearable art would all be on the list. His humanitarian efforts continue to reach hearts and souls around this planet.  Honoring that legacy is a global family including these countries: USA, GREECE, ROMANIA, ITALY, GERMANY, HONG KONG, NIGERIA, JAPAN, AUSTRIA, FRANCE, SPAIN, TRINIDAD, TOBAGO, ARGENTINA, IRAN, ARMENIA, ENGLAND, BRAZIL, TAIWAN, CANADA, SWEDEN, PUERTO RICO, SWITZERLAND, MEXICO, PORTUGAL, SCOTLAND, DENMARK, NETHERLANDS, RUSSIA, BULGARIA. 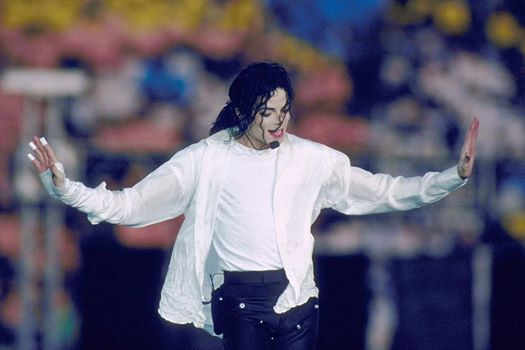 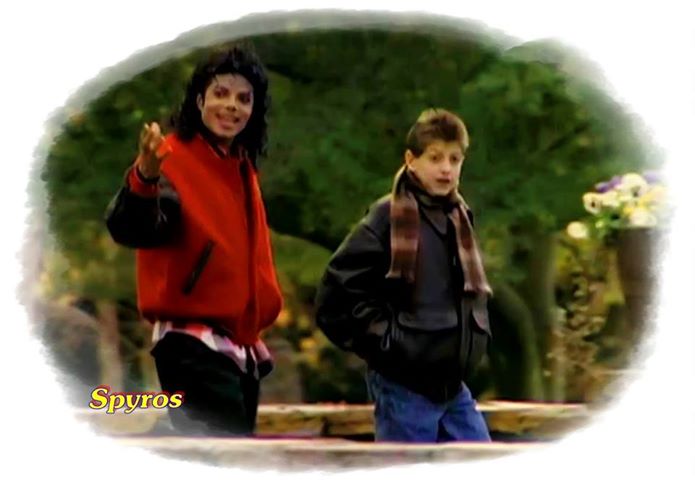 “There is nothing the can’t be done if we raise our voice as one. ” MJ

Brenda Jenkyns and Kathy Garren have used their amazing creativity in writing and art to do two beautiful children’s books: FOREVER LOVED and EVER AFTER.  Each book is written and illustrated with such love.  I was brought to tears.  Heaven Leigh is currently working on a book done by children called HEAL YOUR WORLD FOR CHILDREN using children’s artwork and wisdom.

And then, the most precious gift given, Paris, Prince and Blanket Jackson, Michael’s finest legacy.  Following in their father’s footsteps, Michael’s three children have begun their humanitarian efforts to honor their father, continue his work and go for their own dreams. Among their efforts are:  February, 2012 LA Housing Corp. donations of time and money for homes for the homeless, August, 2011 Children’s Hospital LA donations of time and money.  Each of the three children, along with their Grandmother, Katherine, regularly volunteer to help feed needy children in LA.  Paris has the lead in the Disney film LUNDON’S BRIDGE AND THE THREE KEYS. The film tells a story of humanity and the environment. Fifty percent of the profits for the film will be donated to schools in need. Prince traveled to Germany in 2012 to contribute to the Bambi Foundation.  Michael received the Bambi Humanitarian Award in Berlin in 2003. Accepting their father’s Grammy Lifetime Achievement Award in 2010, Prince offered these words: 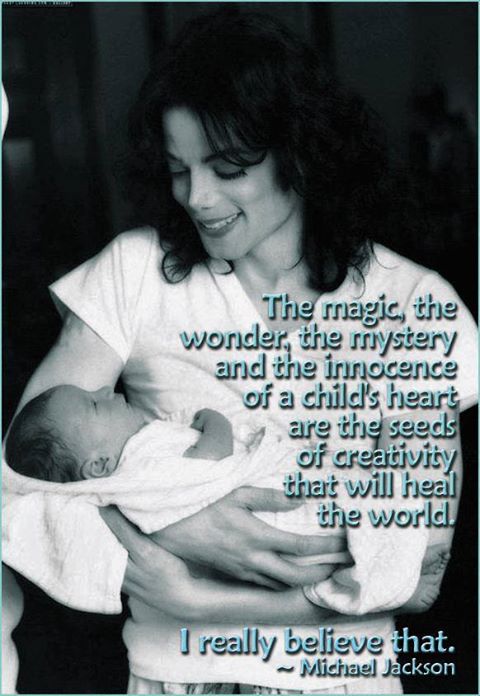 “OUR FATHER WAS ALWAYS CONCERNED ABOUT THE PLANET AND HUMANITY.  THROUGH ALL HIS HARD WORK AND DEDICATION HE HAS HELPED MANY CHARITIES AND DONATED TO ALL OF THEM.  THROUGH HIS SONGS, HIS MESSAGE WAS SIMPLE, LOVE.  WE WILL CONTINUE TO SPREAD HIS MESSAGE AND HELP THE WORLD.  THANK YOU!  WE LOVE YOU, DAD.”

“DADDY WAS GOING TO PERFORM THIS YEAR, BUT HE CAN’T.  THANK YOU!  WE LOVE YOU, DADDY.”  Paris Jackson

“LOVE IS THE JUICE AND ENERGY THAT MOTIVATE MY MUSIC, MY DANCING, EVERYTHING.  AS LONG AS LOVE IS IN MY HEART IT’S EVERYWHERE.  Michael Jackson DANCING THE DREAM

Reliving this journey with you makes it all the more real.  You are a gift to me.  You allow me to feel the love all over again.  I offer that love back.  Enjoy your day and remember: IT’S ALL ABOUT THE LOVE. 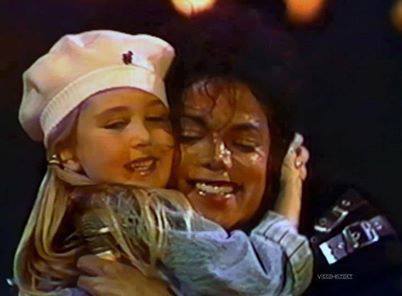