“To sense the presence of an angel is like feeling the wind all around you.  You cannot actually see the winds, but you notice its movement, and you know it is there.”

~You were there, before we came 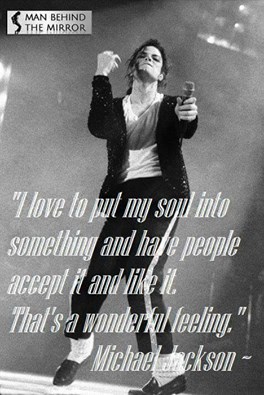 ~They built the walls to block your way

~You beat them down

~You won the day

~It wasn’t right, it wasn’t fair

~You taught them all, you made them care

~Yes, you were there and thanks to you

~There’s now a door we all walk through

~And we are here, for all to see

~To be the best that we can be

~Because YOU WERE THERE

Whether speaking in a whisper or with the sound of a choir, our emotional courage affects our bravery, spreading beyond all boundaries.  Action reflects our love as  understanding grows in the truth we have chosen to search out.  Days may find us either wounded or victorious.  Following the philosophy of Maya Angelou…You may not control all the events that happen to you, but you can decide not to be reduced by them. With time, we find ourselves reaching a point where a daily decision to choose between happiness and despair presents itself.  Time spent with Michael Jackson increases our ability to escape human limitations.  Is it true that one does not become enlightened by imagining figures of light, but by making the darkness conscious as Carl Jung has said?  We tune into Michael’s energy and it converts into a reality for ourselves.  He is a figure of light who has also revealed humanness during our dark times. This week, I came face to face with the personification of, It’s discouraging how many 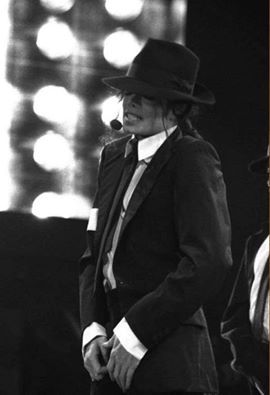 people are shocked by honesty and how few by deceit, as Noel Coward said.  Those of us in the Michael Jackson Community are all too familiar with today’s tabloid media tactics…created and practiced all too well in prime time.  A reporter or interviewer asks for an interview.  But, rather than asking questions and LISTENING to the answers, said interviewer becomes the “expert”.  When the true expert attempts to speak, he or she is either shouted down or told there isn’t time.  The agenda has been already decided and the truth is nowhere to be seen…the myth lives on.  I remember something Diane Maas said, “Normal people don’t go around destroying other human beings.”  I also find myself clinging to the days of my youth when the term Broadcasting Standards wasn’t an oxymoron. And so, I have come to that point where I must choose between despair and happiness.  If our lives shrink and expand in proportion to our courage, it is a given that we will call upon that courage both to calmly defend and joyfully celebrate Michael.  There will be days when the wounds are fresh and the tears are unending.  But, we would be doing a disservice to Michael if we choose only to cry.  Our doubts creep in when we are unhappy…Can we do this?  Will the cruelty ever end?  When will people

be held accountable for their bullying? and more and more.

“Michael knew who he really was and what kind of a message he wanted to offer the world.  He was a man who empathized with the weak, those misunderstood and alone;  a sensitive soul searching for light, searching for knowledge, and human understanding-in all its forms.  He identified himself with the poor and the sick, with the beloved and the hated, with the ugly and the beautiful, in everything”

To truly carry the messages of the PEOPLE’S LEADER into the world, the days we face liars are wonderfully balanced with the days of celebrating a hero.  The magic Michael created stretched from his artistry to his rescue of those in need…from music and dance and theater to toys and water balloon fights and play.  The magical wind we feel from his sweet breath refreshes us in wondrous new projects and ideas that he presented to us, and, that we claim as our own.  He is here with us in our hearts and minds encouraging us to be happy.  He has broken down walls allowing us to go forward creating change in the world.  All that he has done can be measured by soul and weakens negative people who find problems for every solution. Personally experiencing a member of the media paled in comparison to what Michael faced for decades.  Hindsight being 20/20, I would have handled it differently.  What I learned will empower my choices the next time.  But now, I am taking one idea…HAPPINESS.  I am going to think about it, dream about it and live it for awhile.  I am going to remember this:  They tried to bury us.  They didn’t know we were seeds.  Those words by Dinos Christianopoulos apply to Michael.  The cultivating of 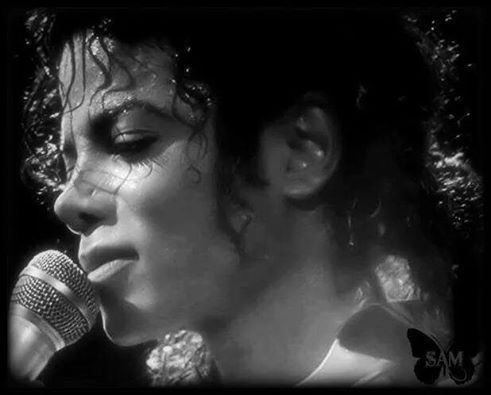 seeds done by him has resulted in us.  The fruits of his dedication to artistry and humanity will never die.  We are dedicated to the honesty path and reject the myth trail.

“It is now I see and feel that calling again, to be part of the music that will not just connect, but make all feel as one…one in joy, one in pain, one in love and one in service…and, one in consciousness.”

“Michael’s soldiers are out there, moving forward with love and joy, fertilizing the world with Michael’s messages.”

Here are some highlights in this week’s BEST OF JOY!

~We celebrate as LOVE WARRIORS

“Just to watch him walk through the door-it’s like all the molecules in the air stop and you can pinch them with your fingers and pick them up.  It’s like you could see the smallest speck.  He changed them…the molecular structure of the air.” 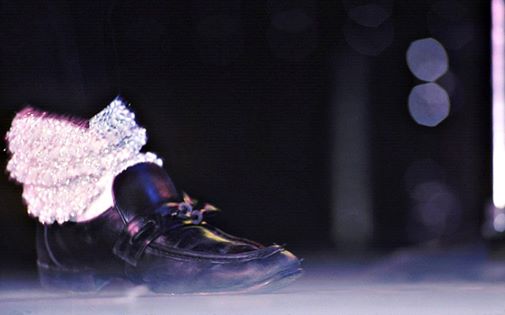 As the King of Pop, Michael Jackson was the consummate performer, creating iconic dances to accompany his chart-topping music.  Jackson’s solo career produced some of the best-selling albums and well-known dances of all time.  With his signature gloved hand and white socks, Michael Jackson mastered rhythmic syncopation and isolation, and at the end of the 20th Century, he made dance accessible to the masses.  With the anti-gravity lean in Smooth Criminal, Michael Jackson innovatively pushed the limits of his body’s capabilities with a patented shoe that slid into bolts on the floor.

Washington, D.C.  The National Archives  “Making Their Mark:  Stories Through 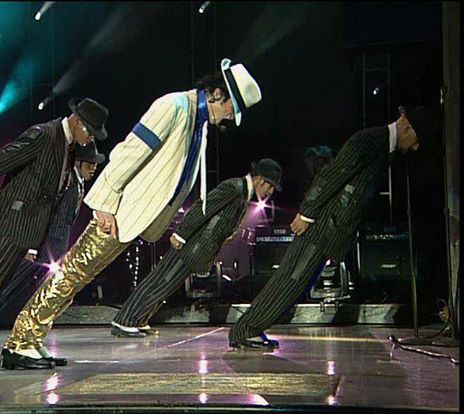 The King of Pop Michael Jackson

“Like my superhero, Michael had an internal radar that triggered when a person was in need and one of his most humanizing qualities was to use his position to help those in need.”

“Michael understood how much joy his presence would bring to children, especially those who were suffering.” 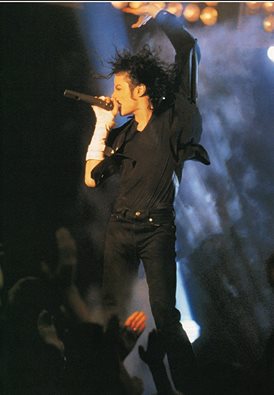 “Service to others is the rent you pay for your room here on earth.”  Mohammad Ali

Today, our BEST OF JOY is measured by the soul power Michael gives to all of us.  We are motivated by love, fearless and free.  Empowered, we are choosing HAPPINESS.

6 thoughts on “THE PEOPLE’S LEADER…measured by soul”